92% Of Americans Feel Their Freedom Is Threatened

Americans are most afraid their First Amendment rights could be taken away, according to a new poll by Harris Poll/Purple Project, which surveyed 2,002 people nationwide from November 18-20, 2019. Overall, Statista's Maria Vultaggio notes that 92 percent were concerned their rights were being jeopardized, USA Today wrote, citing the poll. Americans also fear their right to bear arms and their right to equal justice are in danger. 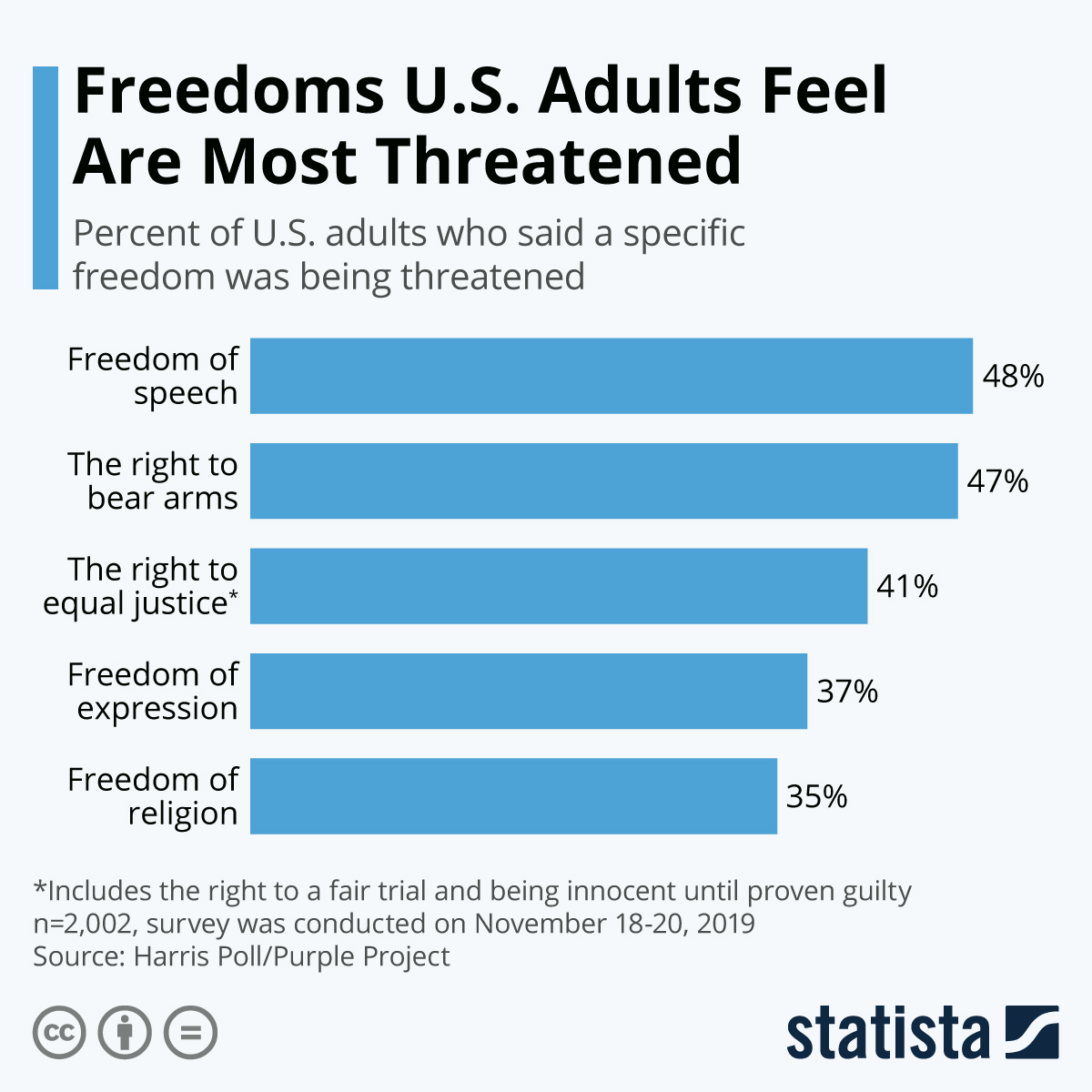 The poll comes one week after it was revealed by the Foundation for Individual Rights in Education (FIRE) that at least 6.4 million students at nearly 500 campuses in the U.S. have experienced their freedom of speech being restricted. FIRE discovered this through analyzing the written policies of the schools and coding them with a grade of red, yellow or green. Nearly a quarter of schools received a red rating, meaning speech was most restricted at these schools.

The finding was worrying for Laura Beltz, the lead author of the study.

“Colleges should serve as centers of intellectual debate and inquiry, but if you have policies telling you can’t protest unless you submit a request two weeks in advance, or you can’t use words that other people find offensive, that ends up being impossible,” she told The Epoch Times.