The Republic of Ireland experienced a political earthquake during its general election on Saturday with Sinn Féin topping the polls with 24.5 percent of the vote as of 12:00 pm on Monday. That's ahead Fianna Fáil who have 22.18 percent and Fine Gael who have 20.86 percent.

As Statista's Niall McCarthy notes, the Irish political system has been traditionally dominated by the latter two parties with Sinn Féin remaining on the periphery, particularly due to its links with the IRA during the Troubles. It has slowly become more mainstream and its performance in Saturday's election was a major surprise. 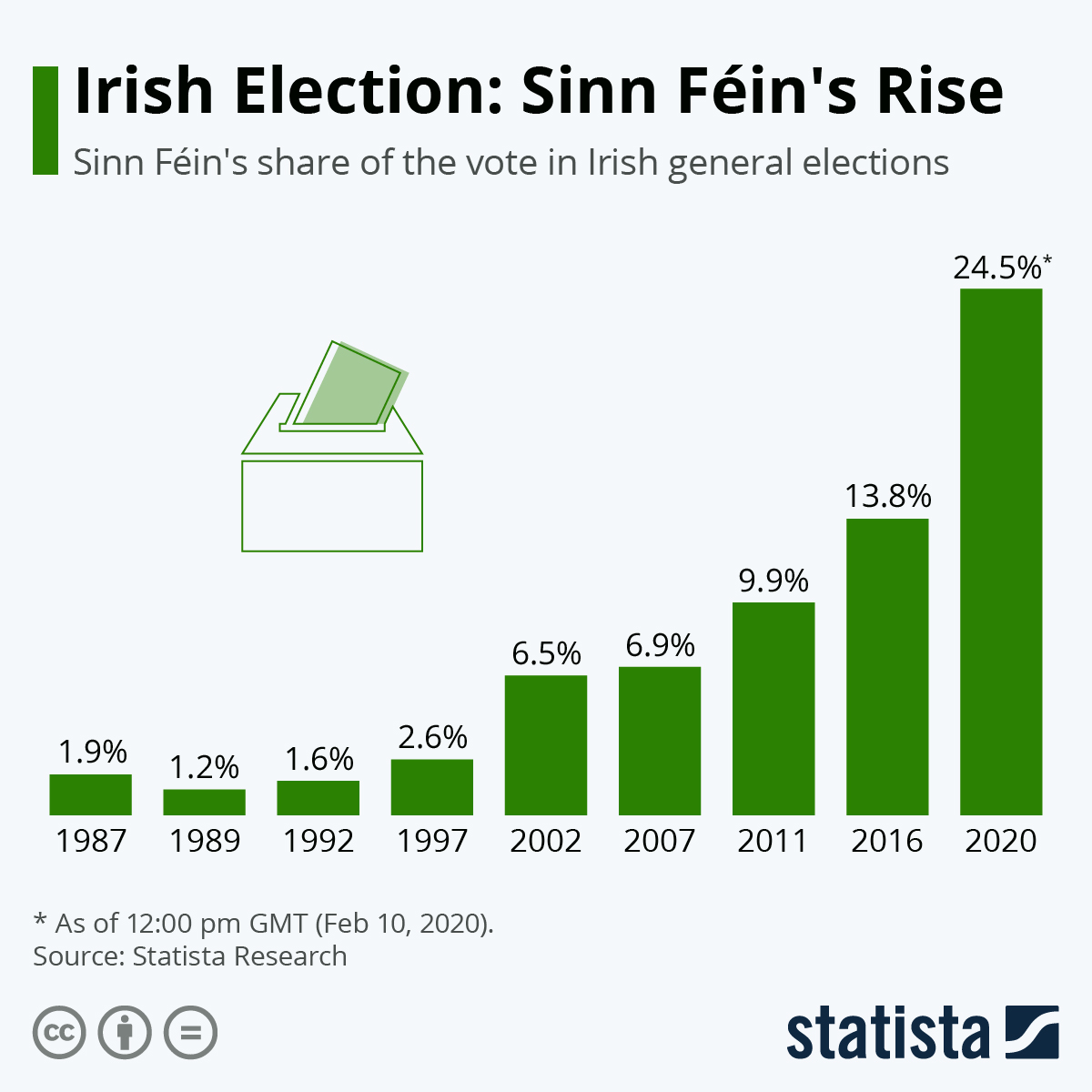 Fianna Fáil are still blamed for the financial crisis while Fianna Gael are being held accountable for current frustrations. Sinn Féin's slow but steady rise can be seen clearly on the infographic above.

The republican-orientated party took 1.2 percent of the vote in the 1989 general election and by 2011 and 2016, it took 9.9 and 13.8 percent respectively. No party will win enough seats for an outright majority and Fine Gael and Fianna Fáil have both ruled out forming a coalition with Sinn Féin. Mary Lou McDonald, Sinn Féin's leader, has said she is examining the possibility of forming a new government without Fine Gael and Fianna Fáil.