The number of people that define themselves as unaffiliated to a party or as “politically independent” is growing in the United States, raising the question of whether the highly polarizing two-party system is still working.

According to a series of Gallup surveys taken throughout 2022, on average, 42 percent of respondents said they would define themselves as politically independent this year, versus 27 percent as Republicans and 28 percent as Democrats.

As Statista's Anna Fleck shows in the chart below, partisanship often peaks in the year of an election, as shown in both 2016 and 2020.

The year following an election characteristically sees a slight shift back towards more people defining themselves as independent. 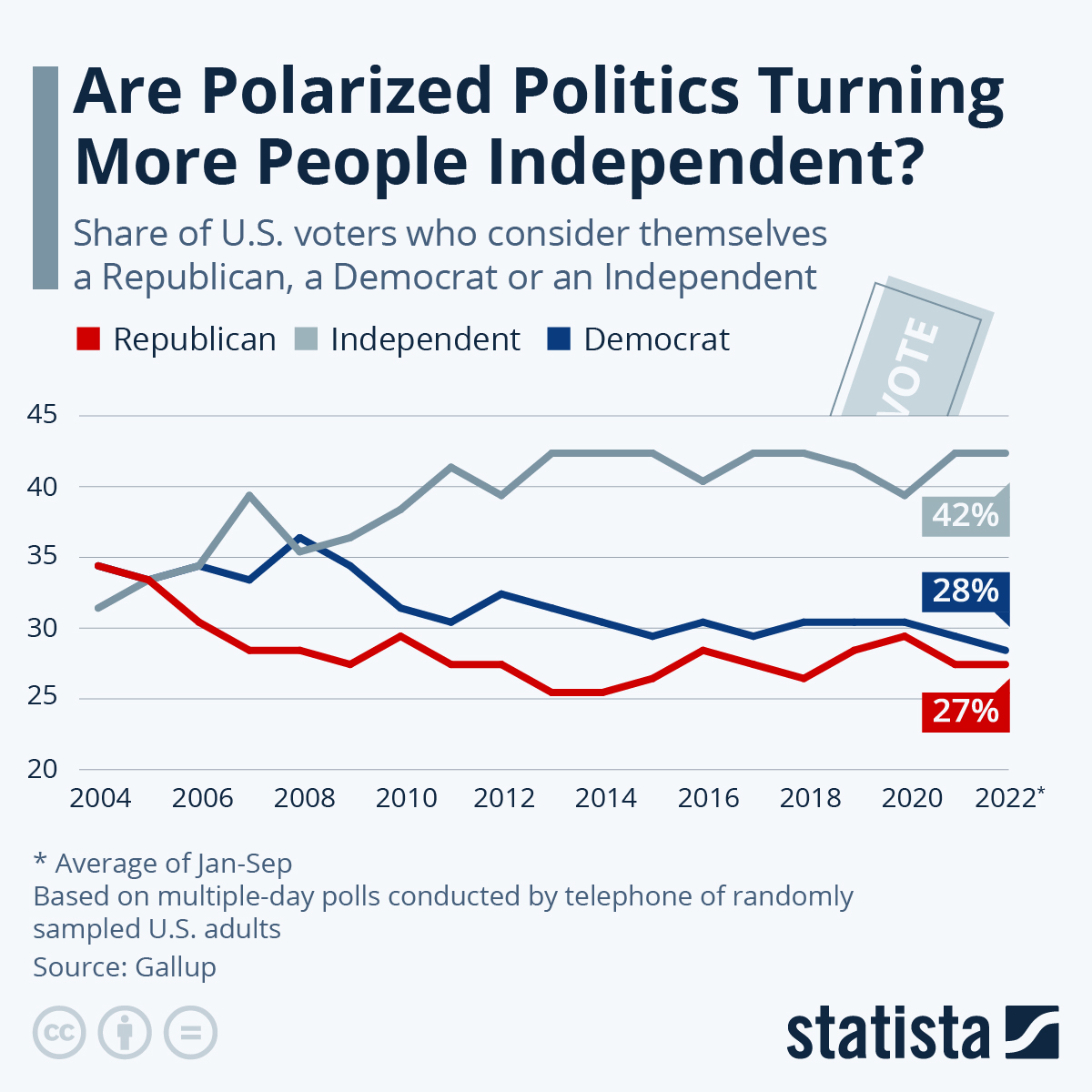 When Gallup conducts their surveys, they initially ask via telephone whether U.S. adults are a Republican, a Democrat or independent. The next question is whether as an independent, they are politically Republican or Democrat leaning. This naturally divides the population into two camps rather than reflecting a broader spectrum of opinions.

While some analysts argue that independents are really Republicans or Democrats in disguise, the issue perhaps shouldn’t be totally discounted, as Rhona Colvin of the Washington Post writes: “if they choose to vote, numbers suggest nonpartisan voters could swing close races.”