Out of America's eight biggest coronavirus outreaks, Statista's Niall McCarthy reports that seven are in jails or correctional facilities. 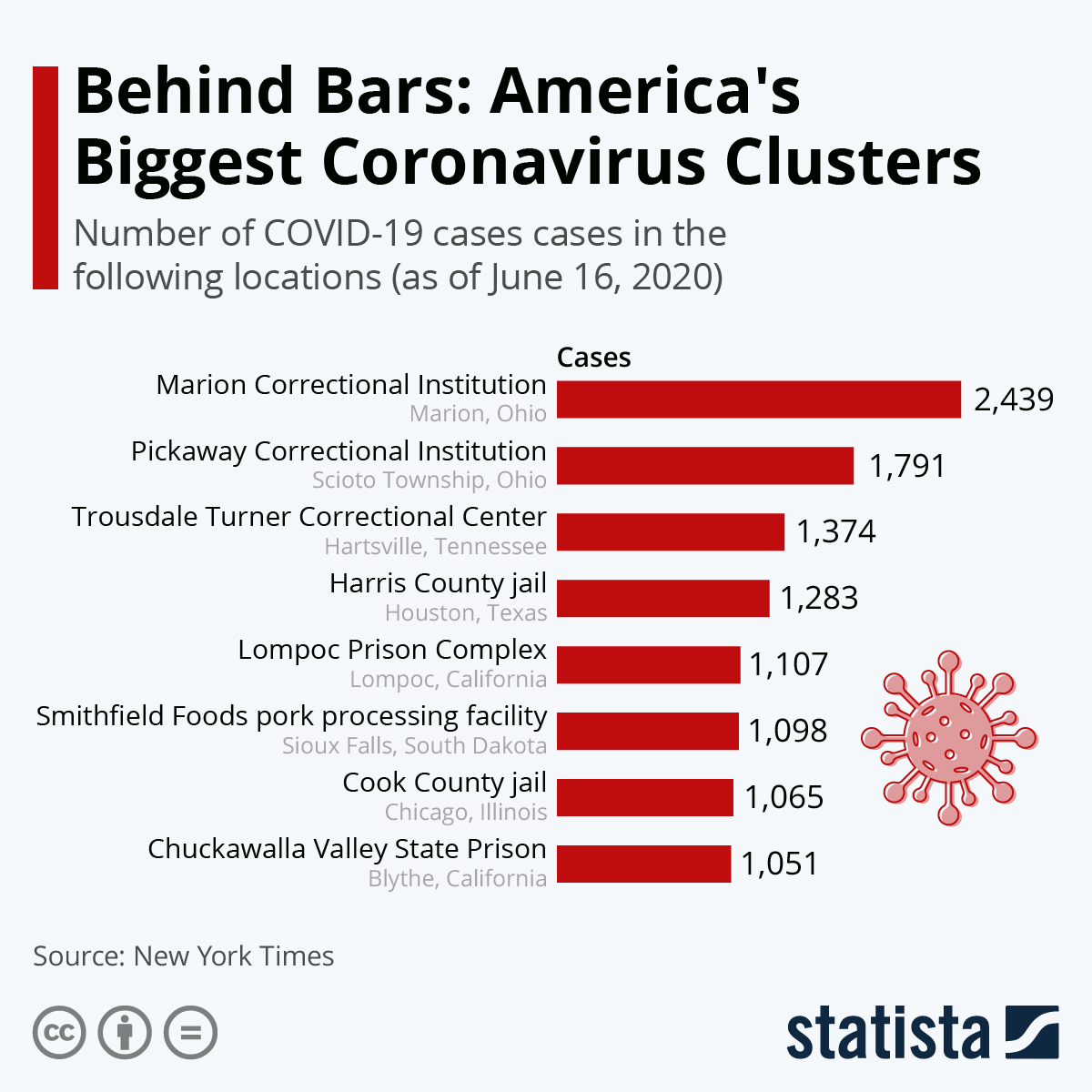 Even though prisons account for the largest outbreaks in the U.S. with deaths within their walls increasing 73 percent in the past month alone, the vast majority of outbreaks have occurred in U.S. nursing homes and long-term care facilities. The toll on inmates has still been heavy, however, with 600 estimated to have died during the pandemic so far.