You know it's bad when... your approval rating is worse than Joe Biden's. As the American President's approval rating has plunged to just 41.3% - the largest drop of any president since WWII, UK Prime Minister Boris Johnson is facing up to the fact that just 29% of Brits think he is do9ing a good job.

"Frankly, is everything okay?".

This was a question put to Boris Johnson after the prime minister had delivered a chaotic and at times bizarre speech to business leaders in the North East of England yesterday. While directly related to his CBI address, looking at Johnson's current approval rating, the question could legitimately be asked in a more general context.

As the latest polling by YouGov shows, as of 22 November, just 29 percent of GB adults said they think Johnson is doing well as prime minister - a record low since the beginning of his time in the office.

Perhaps even more troubling for Johnson will be the current trajectory of the trend, having fallen consistently since hitting 48 percent back in May. As Statista's Martin Armstrong illustrates in the following infographic, this was the last time Johnson approval outweighed disapproval. 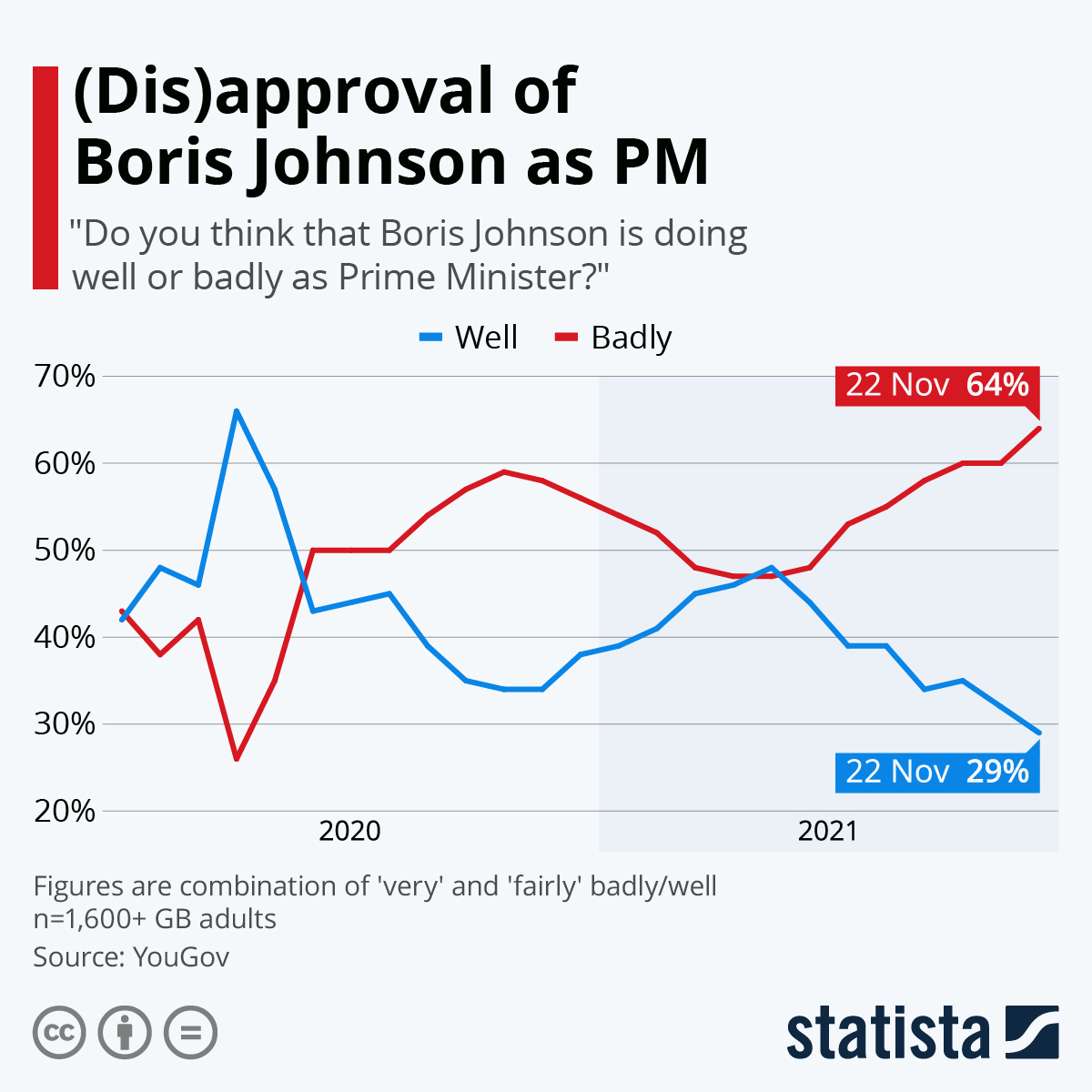 In response to the ITV reporter's cutting question, Johnson replied: "I think the people got the vast majority of the points I wanted to make and I thought it went over well."