With the announcement of Katie Hobbs' win in the gubernatorial race in Arizona, the Democratic Party has officially picked up three governor seats in the 2022 midterms, while the Republicans took over one governorship from Democrats.

New Democratic governors will also start their terms next year in Maryland and Massachusetts. In Nevada, Republican Joe Lombardo prevailed over the Democratic incumbent in the race to the governor's mansion. All Democratic flips have been open-seat races.

As Statista's Katharina Buchholz reports, the net gain of two governorships for Democrats is unusual as the president's party tends to lose rather than win gubernatorial election. At the end of last year, Democrats had only held on to 22 governorships when including then-governor-elect, Republican Glenn Youngkin of Virginia, whose term started in January 2022. Virginia's had been the second governorship in a U.S. state passing over to a Republican since the election of Joe Biden in late 2020. Montana switched up its alliance at the same time when it elected Republican Greg Gianforte to the highest office in the state - the first Republican to serve as governor since 2005. 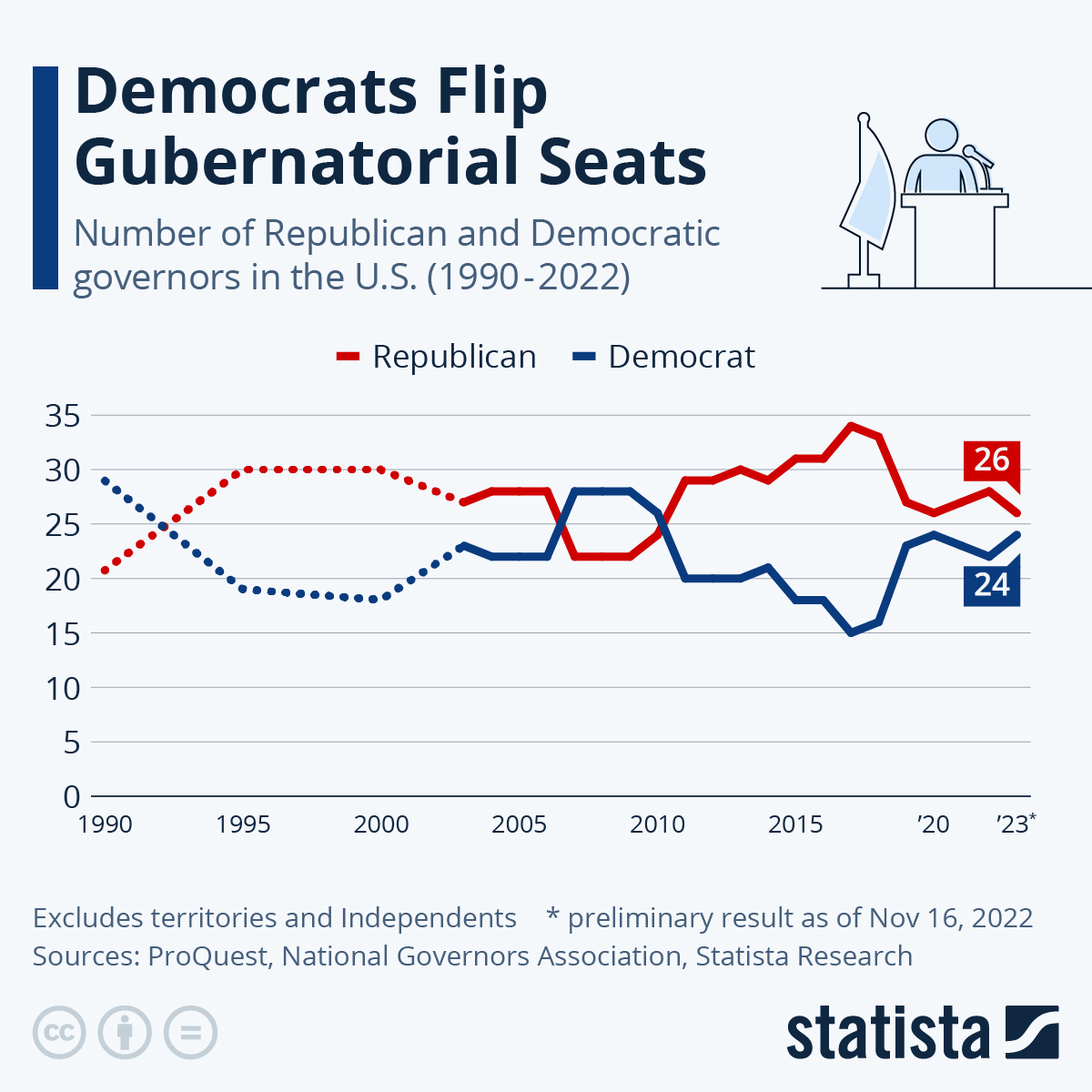 Which party wins the most governorships normally follows an anticyclical pattern but this year's midterm election bucks this trend.

After Barack Obama won the presidency in 2008, Republicans started to gain the upper hand in gubernatorial elections starting in 2009 and creating a record 34 Republican governors at the end of Obama's second term in 2017. Likewise, most governors in the U.S. were Democrats during the second term of the Bush presidency (2005-2008) and most were Republicans during Bill Clinton's time in office (1993-2001). The shorter presidency of Donald Trump didn't have the same effect on gubernatorial races. Even though his party lost seven governor seats between 2017 and 2020, for example in Wisconsin, Michigan and Illinois, Republican governors remained in the majority throughout Trump's term.