Former President Donald Trump announced Tuesday that he was seeking the Republican nomination for the presidential elections in 2024.

Trump served one term from 2017 to early 2021 and would therefore be eligible for another.

It's not exactly incumbent privilege, but due to his stint in the White House, Trump does have a supporter base among Republicans that is quite sizable, even though its foundations might have begun to shake.

However, as Statista's Katharina Buchholz shows below, after the party's worse-than-expected performance in the midterms, another Republican who was one of the big winners of the election could give Trump a run for his money if he was to run for president - Florida Governor Ron DeSantis. 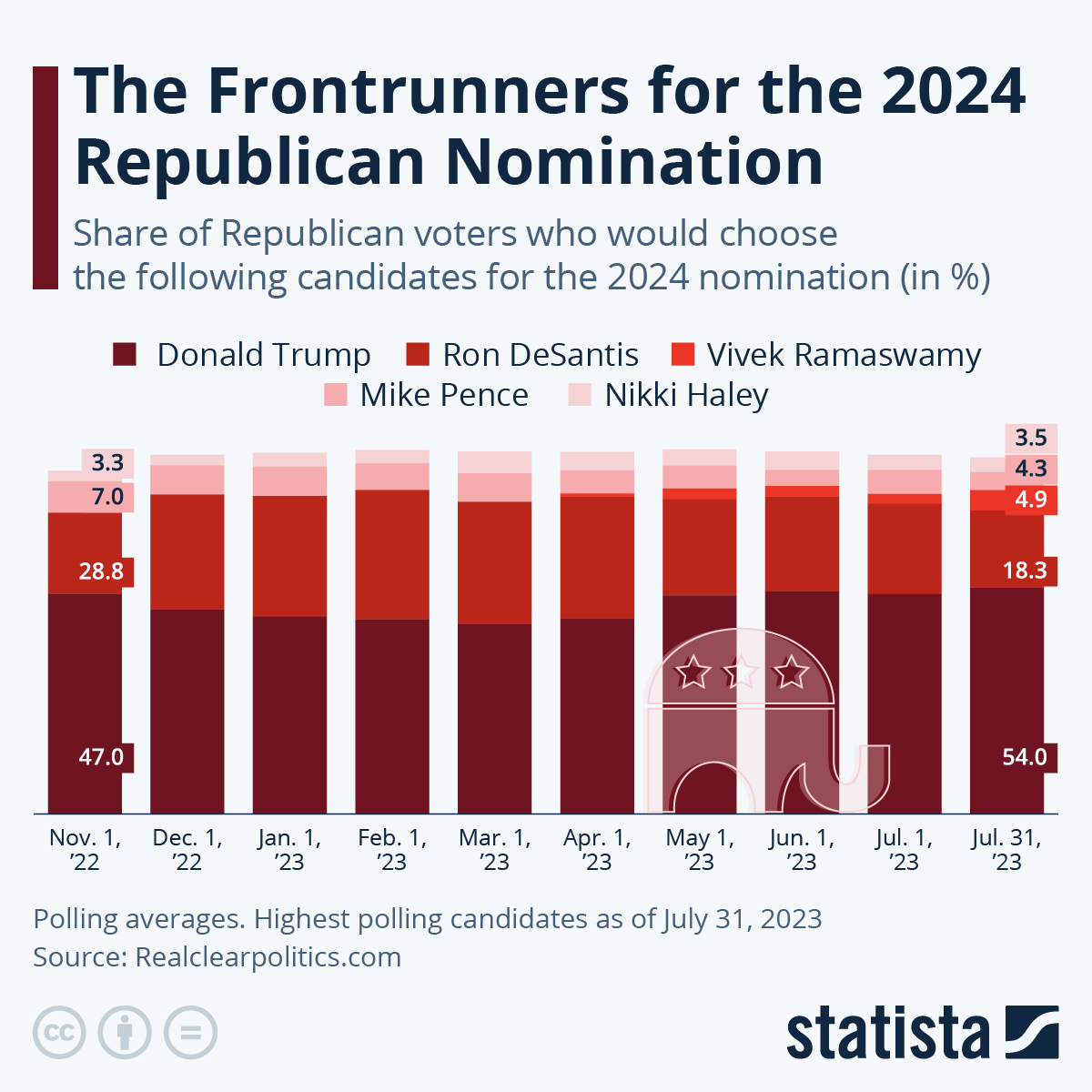 In a new joint survey from Politico and Morning Consult, Trump has the support of 47 percent of potential Republican primary voters. Backers of DeSantis made up 33 percent in the survey that was conducted between November 10 and 14, up from 18 percent before the midterms and only 8 percent in May of last year.

Trump's Vice President Mike Pence was the third-most popular among Republican primary voters, but is far behind at just 5 percent of respondents naming him as their pick most recently. Neither DeSantis nor Pence have announced a presidential campaign.