COVID-19 case rates are increasing rapidly in most states in the US, however, as Statista's Willem Roper notes, people are reacting to it much differently than when it first appeared in the country at the end of February.

For instance, while some states are closing down and requiring people to wear face masks, others are banning local officials from implementing mandatory face mask procedures. A new survey shows a few demographic facts on who’s wearing face masks who isn’t.

A new survey from Gallup shows 72 percent of U.S. adults say they either always wear a face mask or wear one often when going to public places. 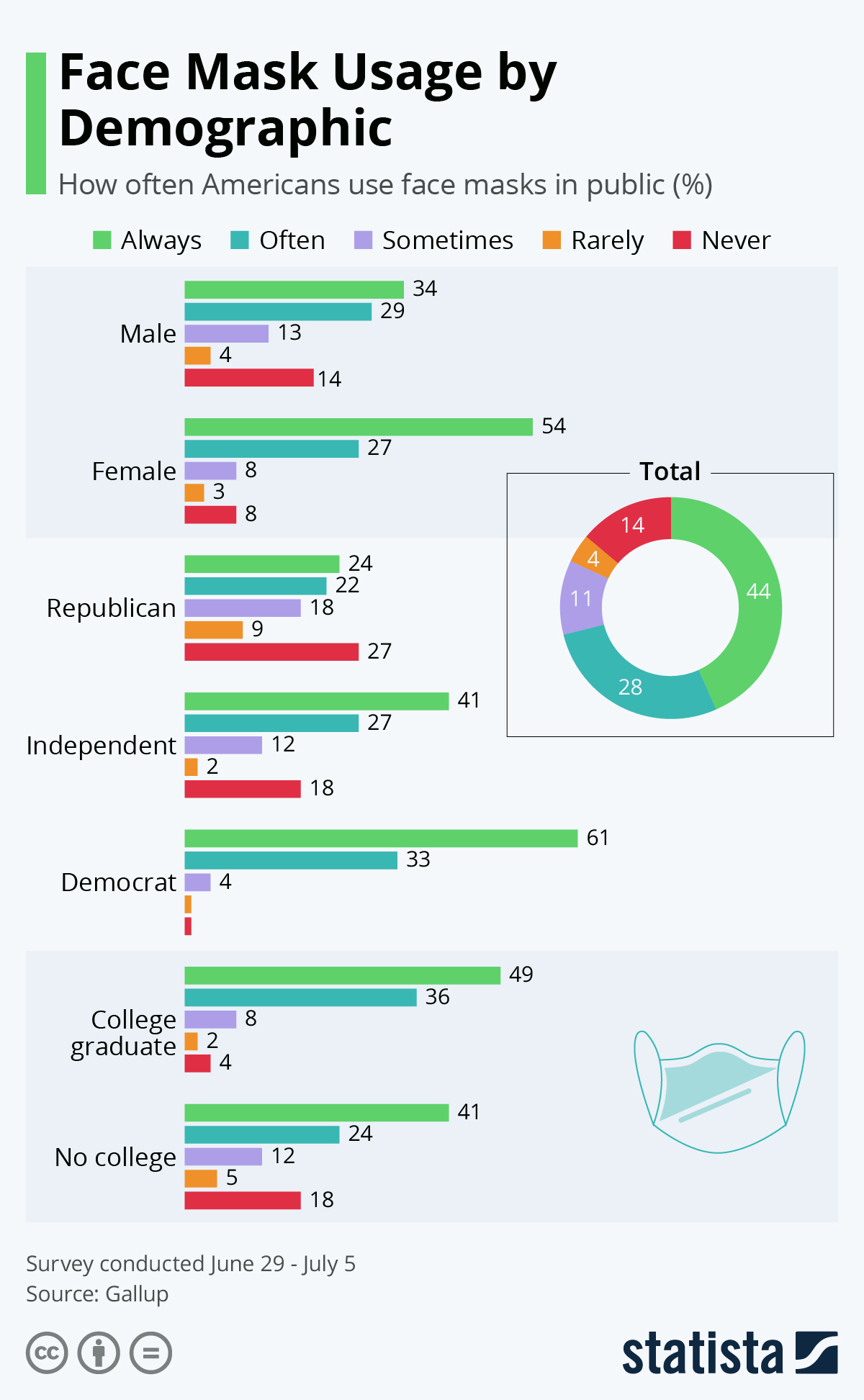 Establishment health experts have overwhelmingly claimed that wearing face masks can help stop the spread of COVID-19. However, after admitting they lied about NOT wearing masks early in the pandemic, and questions over the virus' transmission routes has led to growing mistrust of media and government officials has built a substantial coalition of people around the country who refuse to wear one.