How do you feel about religion?

As Statista's Katharina Buchholz details below, depending on which country you are in, this question is more or less likely to be met with a shrug or even an objection to religious belief.

In China, the highest percentage of people among the 56 countries and territories included in the Statista Global Consumer Survey is non-religious or atheist, the latter describing people rejecting the idea that there is a God. 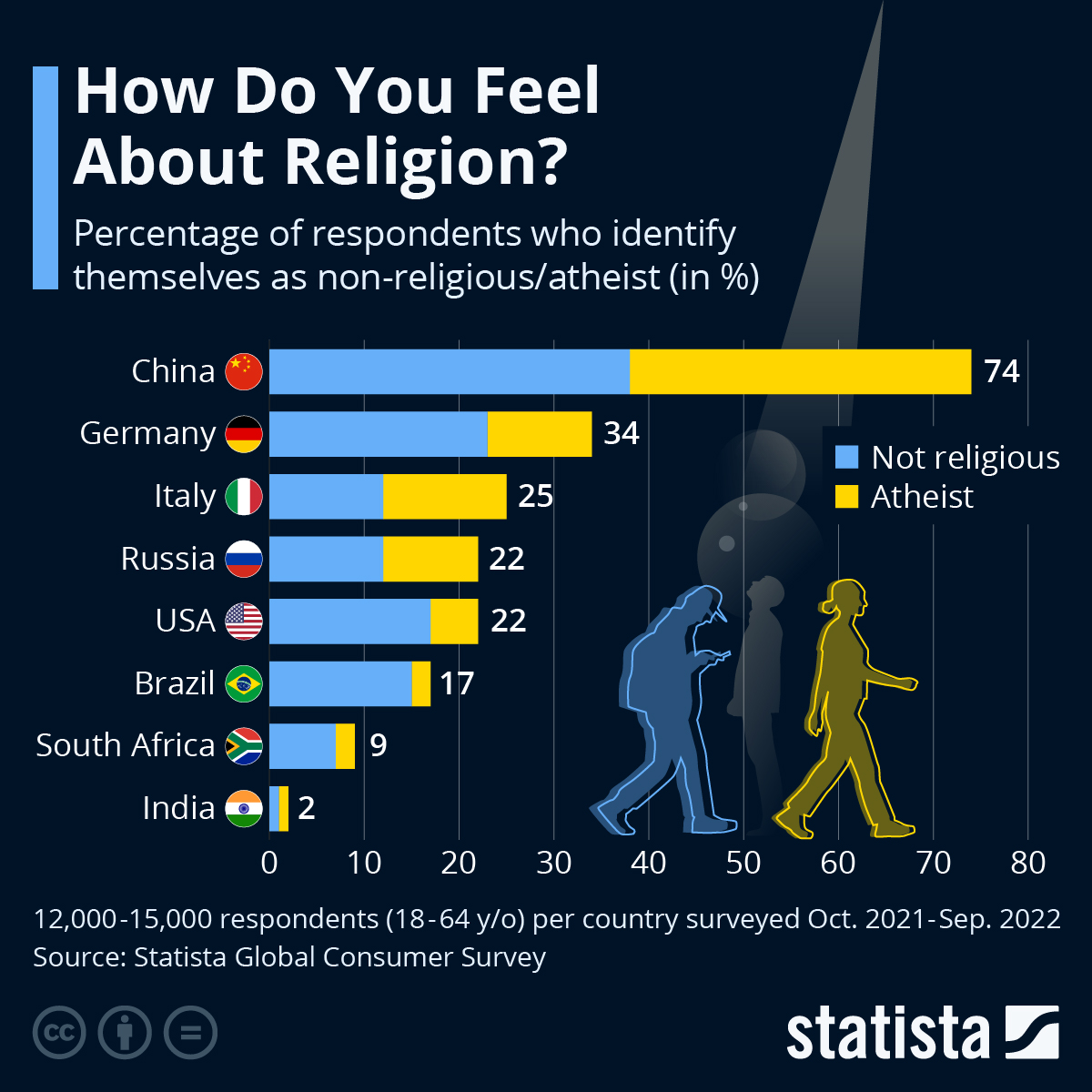 Among European countries, Germany ranks high for the share of its non-religious and atheist population, which stands at around a third of survey respondents aged 18 to 64.

Even in a country often associated with religiousness - Italy - a quarter of people between these ages are not religious today.

Religion has a somewhat stronger hold on the United States, Russia and Brazil, while in South Africa, the non-religious are in the single digits at just 9 percent of adults under the age of 65. In India, finally, being non-religious or atheist is virtually unheard of, with just two percent of survey respondents saying they fell into one of the two categories.