57 percent of the public believe UK Prime Minister Boris Johnson should resign, according to a snap poll carried out by YouGov on April 12, the day he was found to have broken the law over ‘partygate.’

As Statista's Anna Fleck reports, Johnson is the first ever UK prime minister to be caught breaking the law while in office. He now faces calls to step aside from Labour leader Sir Keir Starmer, the Welsh and Scottish first ministers, as well as Conservative MP Tory Nigel Mills, as the Independent reports. According to British law however, it is up to him, or the majority of his party, to choose whether or not to stand aside. At present, he has given no indication of doing so.

According to Statista's chart, a clear majority want Johnson to resign, with only 30 percent of respondents saying that he should remain in his role. It’s a sentiment felt across the UK. Johnson faces heavy criticism in London, where 62 percent of the surveyed public think he should resign. Scotland has seen the highest levels of disapproval, with 67 percent of people believing it is time for him to go. The South, which has pulled in more blue voters over past years, is slightly more closely tied at 51 percent. 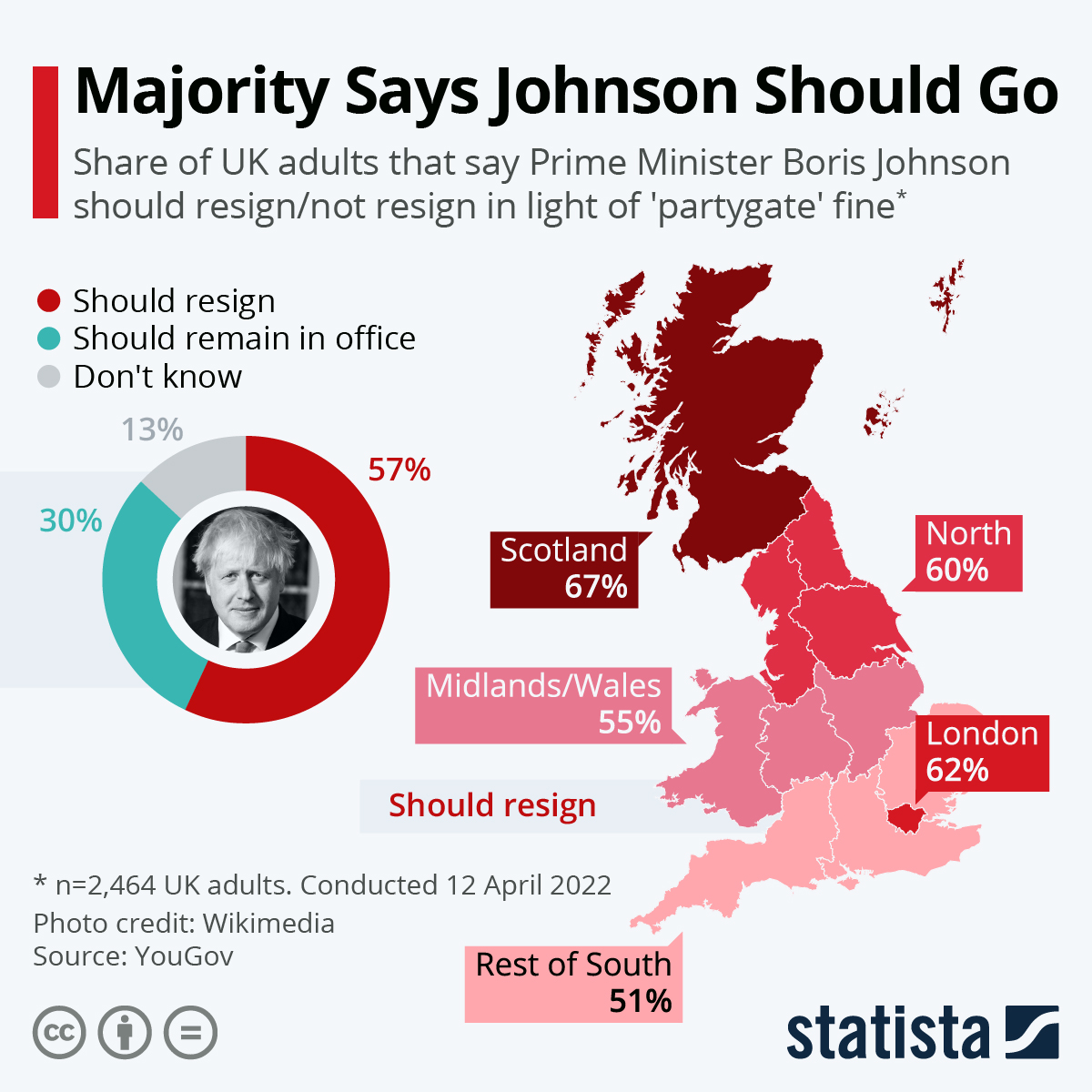 Boris Johnson, his wife Carrie Johnson, and Chancellor of the Exchequer Rishi Sunak all received fines after the Metropolitan Police found them guilty of attending a 56th birthday event for the PM at No.10 Downing Street last summer, breaching Covid rules, when the rest of the country was in lockdown. In a further poll, YouGov found that 75 percent of the population think Boris Johnson knowingly lied about not knowing he broke the lockdown rules, with 13 percent saying they did not know. Only 12 percent of people thought it was an honest mistake.

As The Guardian notes, this is important because a known lie to the House of Commons would be a breach of the ministerial code.