Now, as Statista's Katharina Buchholz reports, the Interior Department has published a list of more than 600 official geographic site names including the term that it plans to change.

A public comment period on potential replacement names will run until late April, according to The Guardian.

The list includes sites in 37 states. A high concentration of sites names using the term can be found in the American West, especially in Arizona, California and Idaho. 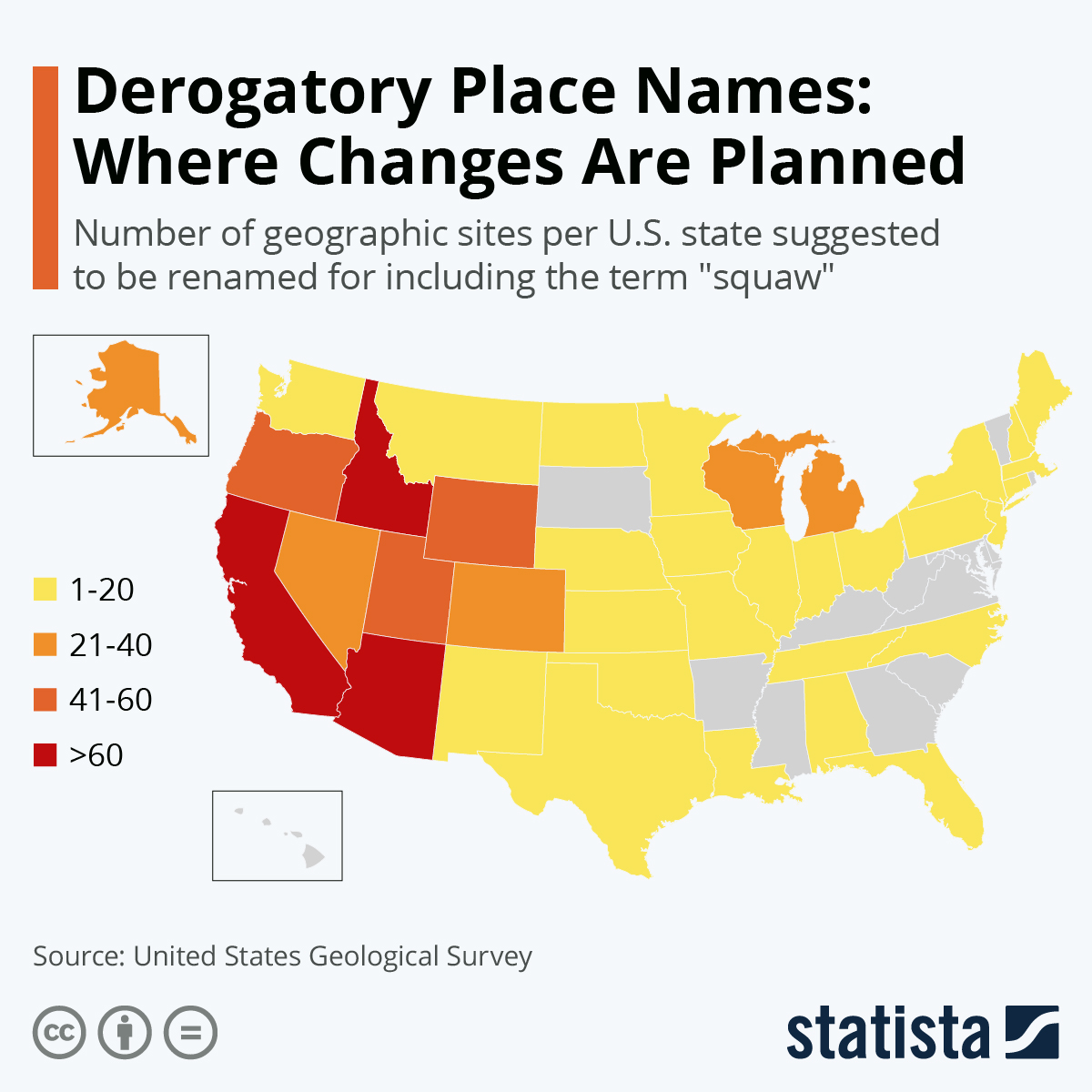 Deb Haaland is the first Native American cabinet secretary in the history of the United States.

She is a member of the Laguna Pueblo tribe and has previously served as a U.S. representative for her home state of New Mexico.

The renaming of sites in order to eliminate offense towards native populations is not unprecedented. Australia has renamed several sites, the most well-known being Uluru, formerly Ayers Rock. New Zealand has since the 1940s been in a process of re-establishing official naming in the Maori language through reforms to the geographic board and public input processes.