Liz Truss was sworn in as the new UK Prime Minister yesterday. As the successor to Boris Johnson who quit after an historic number of ministerial resignations, Truss is also a member of the Tory party and will be the third female prime minister to lead the country.

However, as Statista's Anna Fleck details below, Truss appears to have garnered little support in the UK. 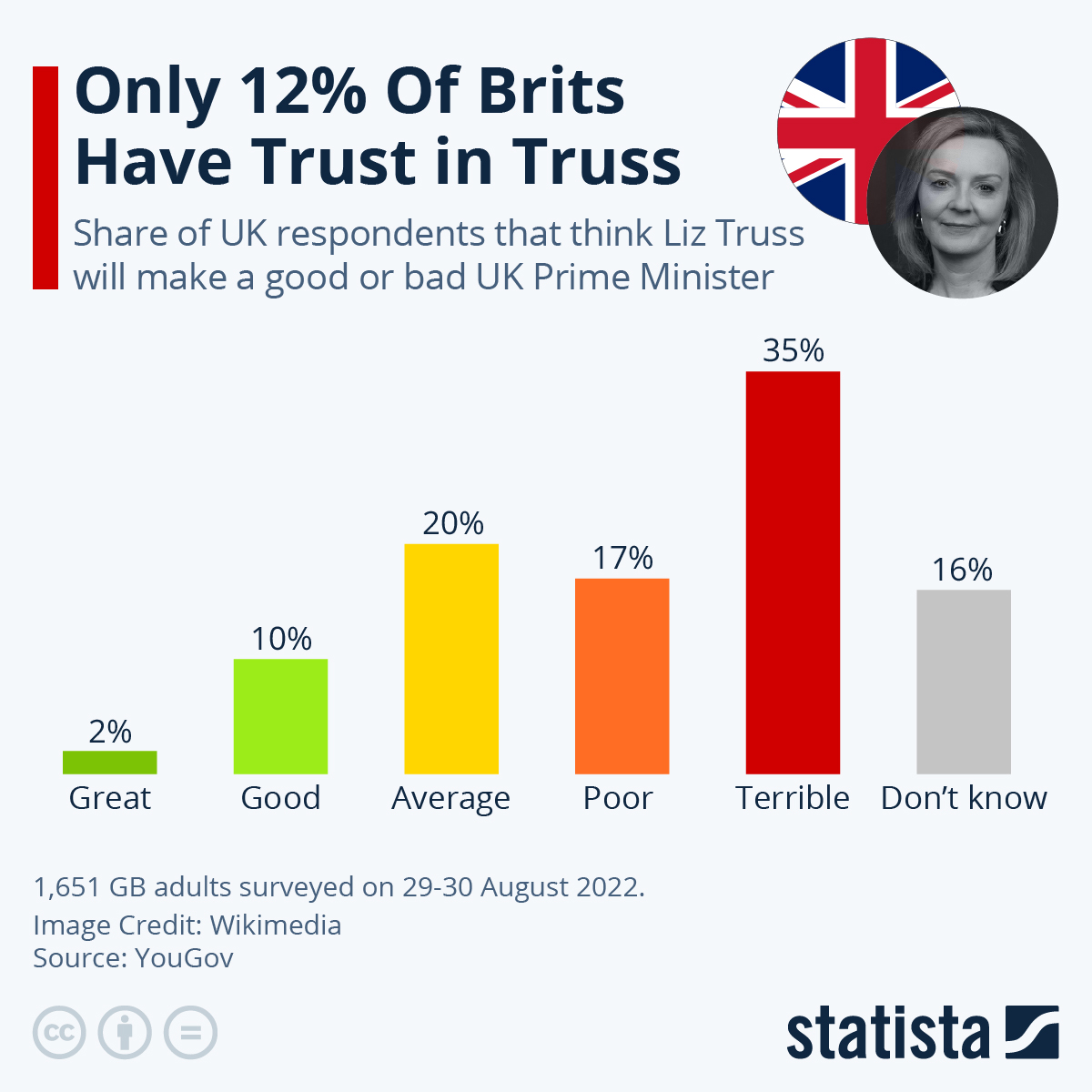 The survey also found that while on the whole people have not made their mind up about the incoming PM, 38 percent of people agreed that she was “hardworking” and 65 percent of people said she was “out of touch with ordinary people.”