The FBI raided former U.S. President Donald Trump’s private club and residence in Palm Beach, Florida, on Monday, where they reportedly opened up a safe, following a search warrant for classified documents believed to have been removed from the White House.

As Statista's Anna Fleck notes, the raid has fueled anger from Trump’s supporters, dozens of whom gathered outside the Mar-a-Lago home that night. Several Republicans have condemned the investigation body, including House Minority Leader Kevin McCarthy, who said in a statement:

“I’ve seen enough. The Department of Justice has reached an intolerable state of weaponized politicization.”

So what do Americans actually think of the FBI?

According to the most recent survey by Gallup on the topic, public trust in the FBI has fallen in recent years. 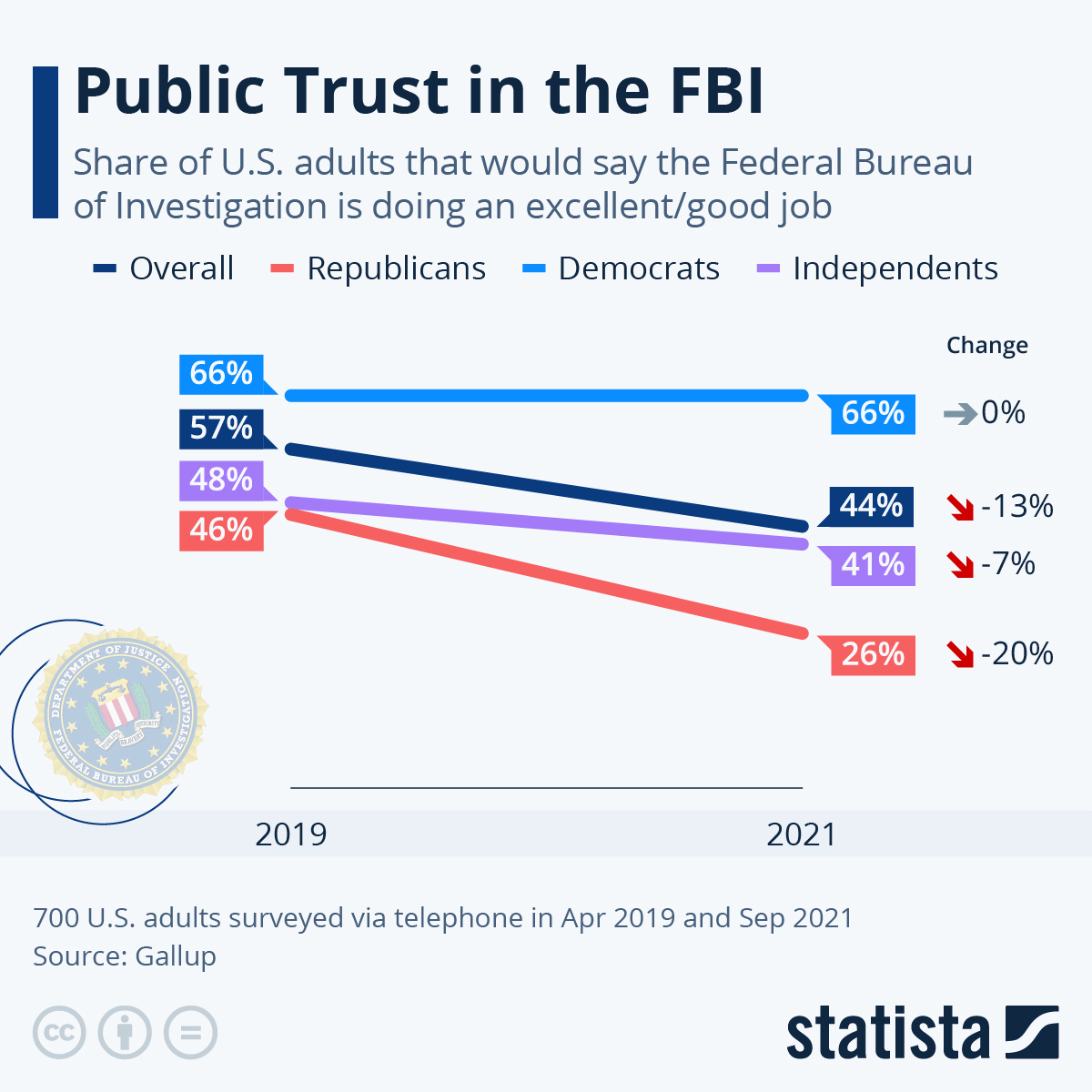 This change mostly comes down to a drop in trust from the Republican side, which saw a fall from 46 percent to 26 percent over the two years.

Democrats, on the other hand, have maintained higher levels of confidence, at a level 66 percent.

Trump is currently facing several investigations, including into his role in the January 6 riot, as well as his business practices.