A Quarter Of Brits Get Annoyed By A Foreign Conversation

YouGov has released a somewhat disturbing poll highlighting levels of xenophobia and intolerance in post-Brexit Britain.

The survey involved 1,461 adults and, as Statista's Niall McCarthy notes, it found that more than a quarter of them would be very or fairly bothered by hearing people from a non-English speaking country talking to each other in their own language. 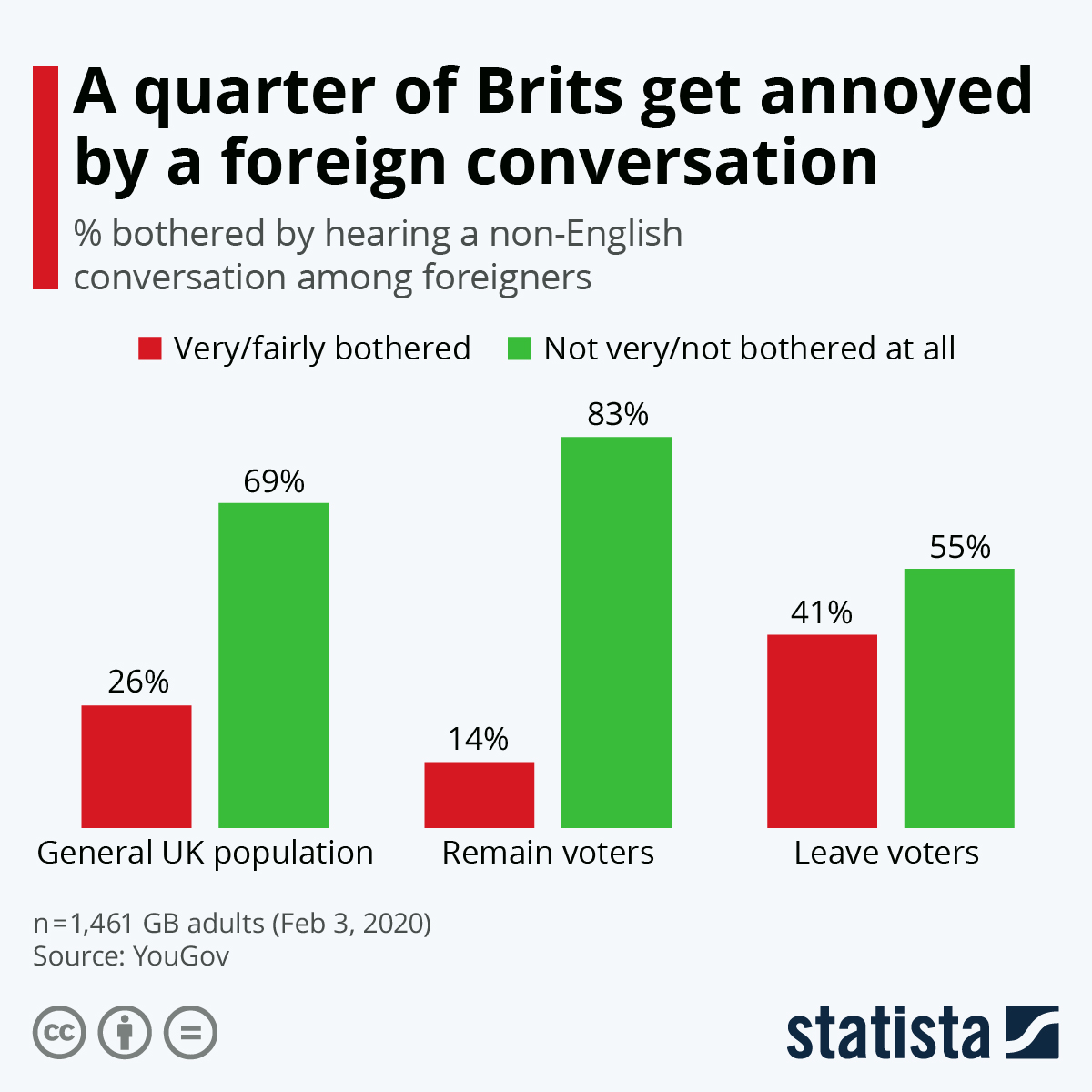 Among those who voted to remain in the EU, 14 percent would be bothered in some fashion by conversation in a foreign language while 83 percent couldn't care less.

Intolerance is high among leave voters, however, with 55 percent of those polled stating that a foreign conversation would get on their nerves while 41 percent would not be bothered by it.