The Size Of America's Immigrant Electorate Doubled Since 2000

With Super Tuesday swiftly approaching, Pew Research released some new data about the immigrant electorate in the United States.

The U.S. had approximately 12 million foreign-born eligible voters back in 2000 and that increased to 22 million by 2018. It is expected to grow even further this year, hitting 23.2 million. That's a 93 percent increase since the turn of the century. As Statista's Niall McCarthy notes, by the time Americans head to the polls in November, 9.8 percent of eligible voters will be foreign born, a record high. The U.S. born eligible voter population has also grown since 2000 but at a slower place, rising 18 percent from 181 million to 215 million by 2018. 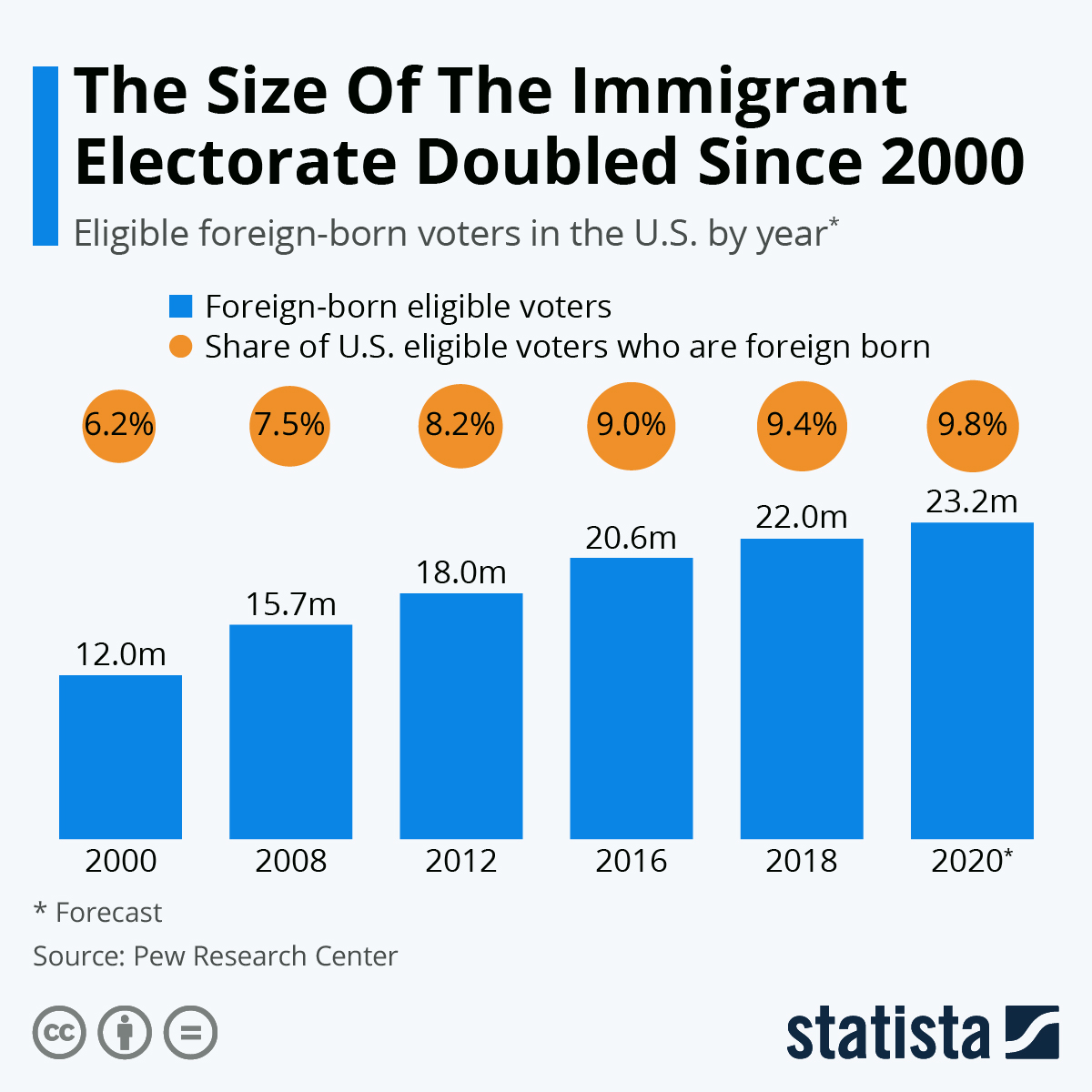 Two key developments are behind the trend.

Some 7.2 million immigrants naturalized and became citizens between 2009 and 2019 alone.

Today, people from Latin America (34 percent) and Asia (31 percent) make up the vast majority of immigrant eligible voters. Mexico comes first in terms of origin countries with 31 percent of the immigrant electorate or 3.5 million voters. The Philippines has the second highest absolute number with 1.4 million while India comes third with 1.4 million.