George Soros, the Hungarian Holocaust surviver and philanthropist, is by far the biggest donor in the United States midterm elections, according to data by the Federal Election Commission.

As Statista's Anna Fleck reports, to date, he has offered up a hefty $128.5M to the Democratic party. Other big spenders include Elizabeth & Richard Uihlein, the founders of a shipping and packaging company, who spent a combined $70.2M on the Republican party campaign, and hedge fund manager Kenneth Griffin, who spent $65.9M, also on the Republican side. While Soros has spent far and away the most of any individual - at least double the next in line - as Statista's chart shows, most of this year’s top 8 mega donors are Republicans. The following chart shows a roundup of the top mega donors in the U.S., based on FEC data researched by The Washington Post. 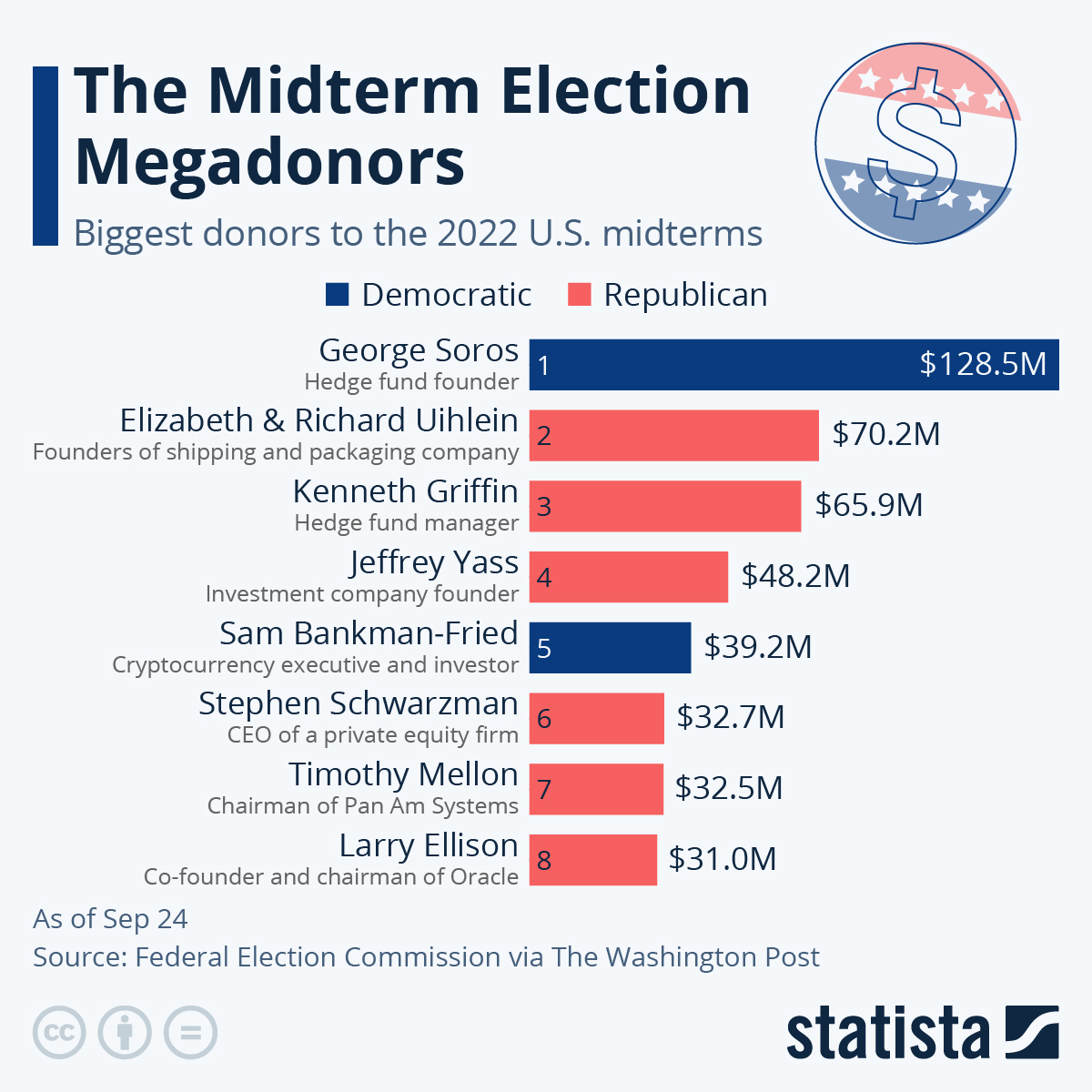 A range of personalities appear on this top roundup, from hedge fund managers to tech entrepreneurs. At only 30 years old, Sam Bankman-Fried is the youngest to make it onto the list, after having made millions off of cryptocurrency investments. Meanwhile, according to NPR, more than $1.6 billion in funding on TV ads has come from so-called “dark money groups” vying to boost GOP Senate candidates’ chances.

The 2022 U.S. midterms look set to smash previous fundraising records for the election rounds, having already raised some $2.5 billion so far, according to data compiled by Open Secrets.