The District of Columbia had the highest rates of violent crime in the United States in 2020, according to the Federal Bureau of Investigation’s data.

“Residents are scared,” said Michael D. Shankle, chair of the Advisory Neighborhood Commission in the Chinatown area, after three people were shot one night last month, one fatally, in two separate incidents.

He added, “They are angry. … We feel like we don’t have enough support.”

As Statista's Anna Fleck shows in the map below, the south-eastern states of New Mexico, Arkansas, Tennessee and Louisiana also show higher figures than much of the rest of the country. 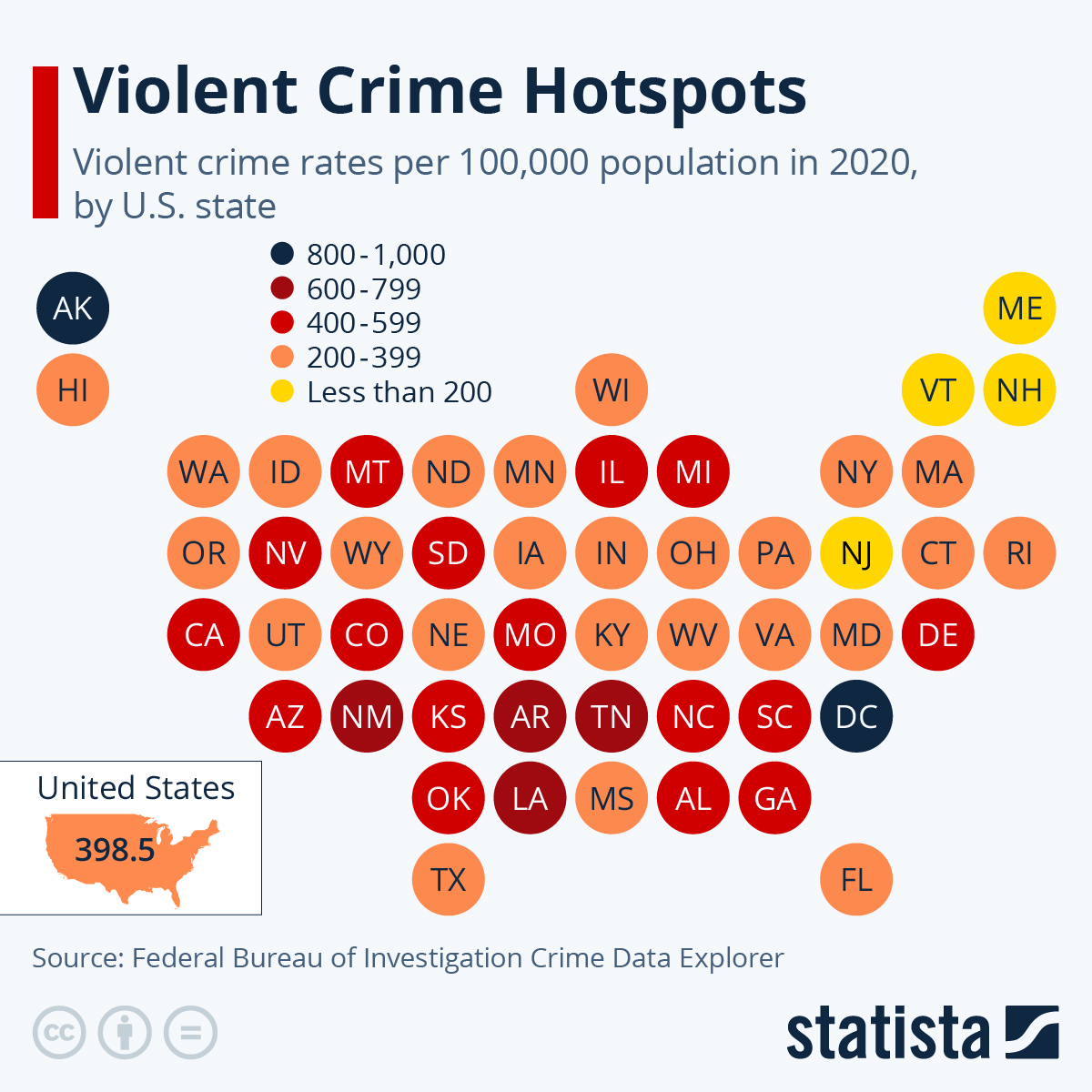 Finally, we note that even with some of the country’s toughest gun laws, the District is awash in firearms.

...they seem to be fighting a losing battle as the bad guys just won't follow their rules!