Spending on the midterm elections reached yet another record this year and contested Senate races attracted the biggest expenses.

As Statista's Katharina Buchholz details below, according to website Open Secrets, the highly publicized contests for Pennsylvania and Georgia Senate seats were the two most expensive races in 2022. 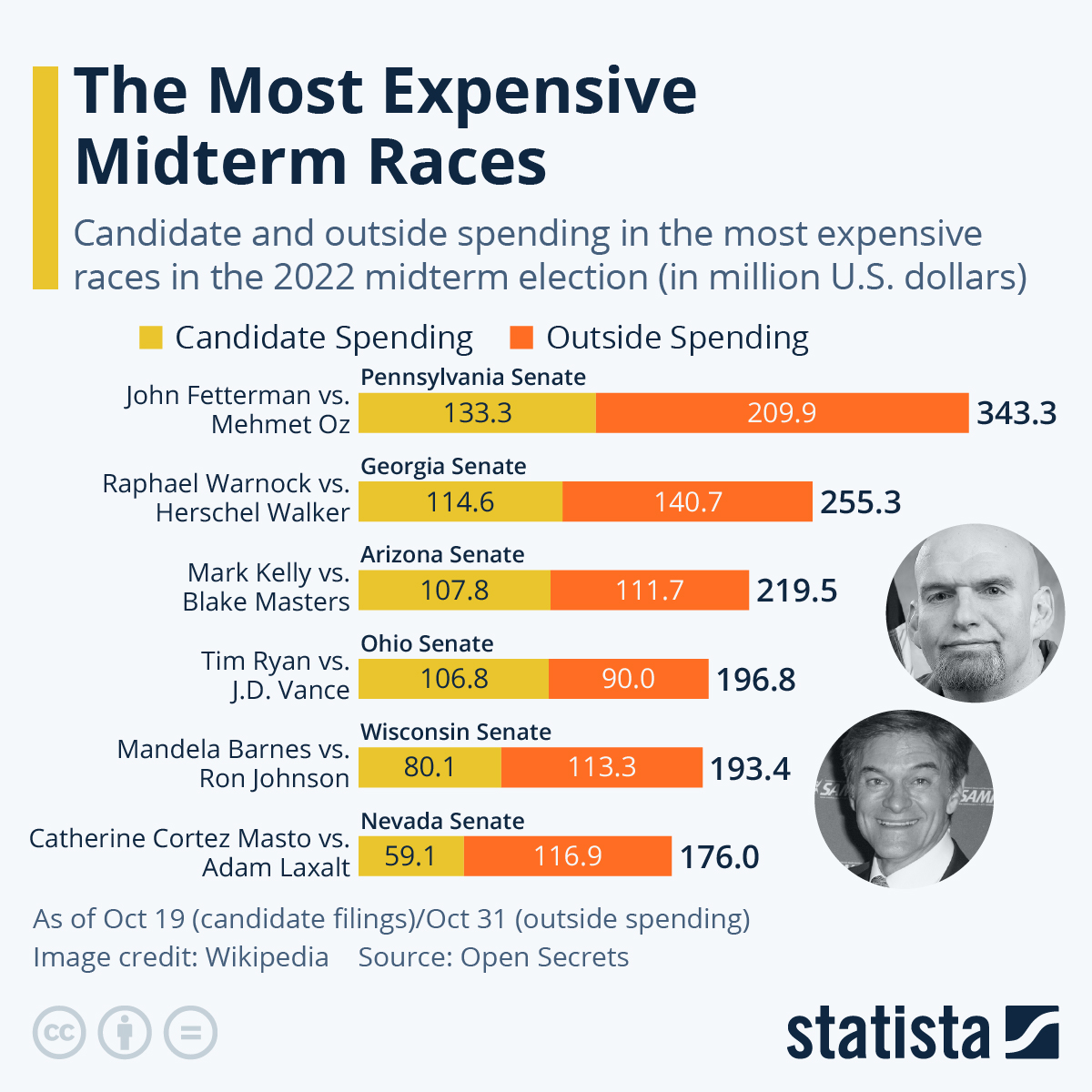 According to the report, Republicans are so far outspending Democrats by around 5 percentage points. In the last midterms in 2018, Democrats had seen more funds spent.

In Pennsylvania, former lieutenant governor John Fetterman is taking on Trump-backed former talk show host Mehmet Oz in an open seat race. In Georgia, it is former Trump administration appointee Herschel Walker who is battling it out with very recent incumbent Raphael Warnock, who joined the senate in 2021 after a special election. The Fetterman vs. Oz showdown is especially noteworthy for the amount of outside money, which makes up 61 percent of total spending in the race. In the Warnock vs. Herschel race, outside money only comes up to 55 percent of all spending.

Out of the six most expensive races this year, all were Senate races and only one – the Ohio race – was not classified as a toss-up by the Cook Political Report. On the state level, another spending record is also expected, with Republicans outspending Democrats by a larger margin – 57 vs. 43 percent.