While support for Ukraine remains high overall in the United States, Statista's Anna Fleck notes that eight months into the war and Americans’ wallets are feeling the pinch of rising fuel and gas prices following heavy sanctions against Russia.

This is impacting how some people feel about the U.S.’ role in the conflict, as highlighted by a recent poll carried out by Ipsos and Reuters.

It found that where nearly two thirds of adults believed that paying more for energy was worth it in order to defend another democratic country as of early March, the figure had fallen to around half of respondents by the beginning of this month. 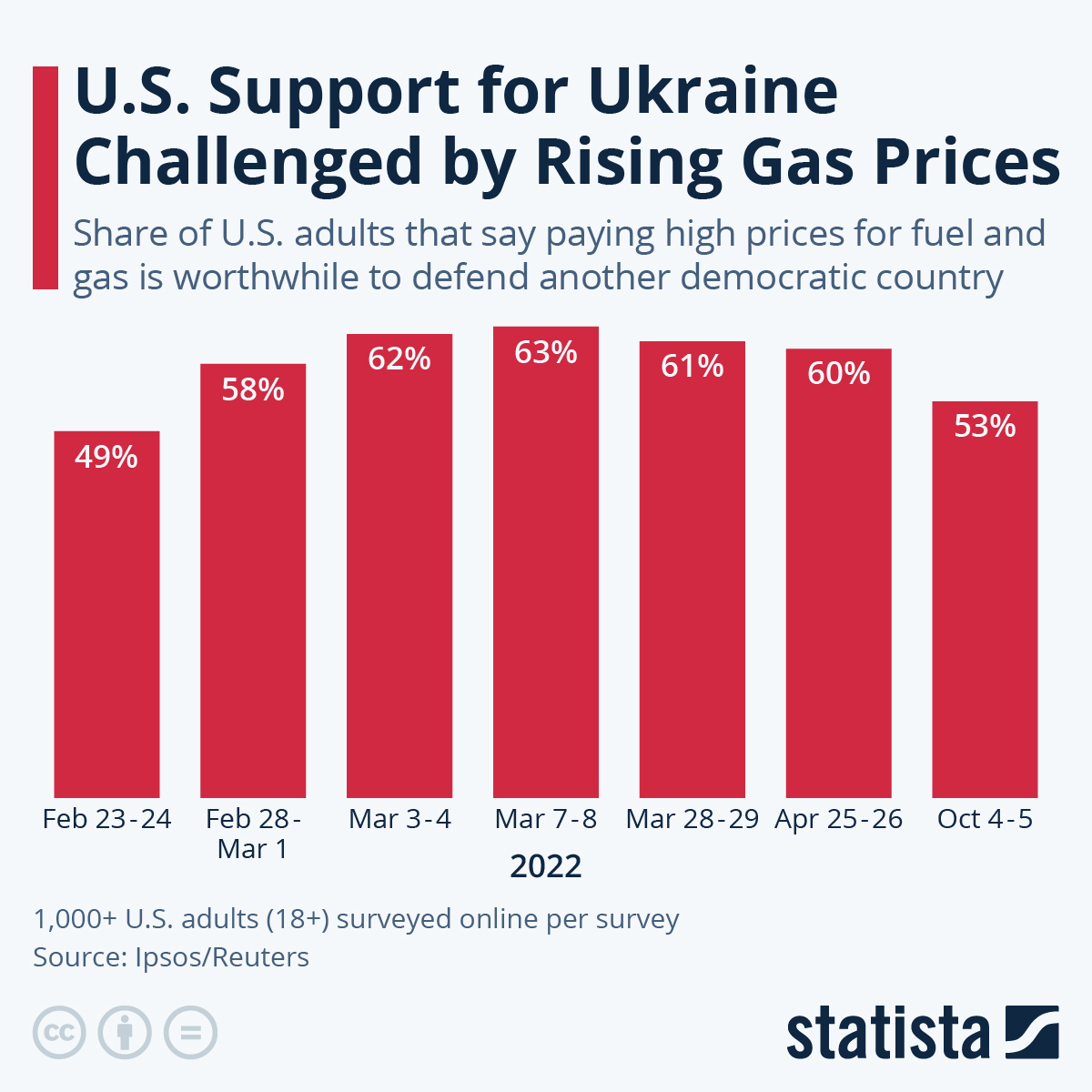 As the chart above shows, this balance between the importance of democratic values and the squeeze of personal financial costs has been constantly shifting since the war began.

When Russia first invaded, only 49 percent of respondents thought it was more important to defend Ukraine at the stake of higher bills - its lowest point since the question was first asked. One possible explanation for this initial lower rate could be drawn from another question on the survey, which found that in the same time period, nearly half of respondents said they felt that the war in Ukraine was not a U.S.-specific problem and that Washington should not interfere there.

As the war escalated though, support for Ukraine through backing the sanctions grew and only now is it starting to show signs of waning once more.

The fairly comprehensive survey shows that the war in Ukraine is clearly an important issue for Americans and at the same time, so is the question of what they can afford.