YouGov has released the results of one of the UK's biggest-ever post-election surveys to gauge how the country's political character is shifting. The research was based on interviews with over 40,000 British adults and as Statista's Niall McCarthy highlights, it found that age is one of the biggest lines dividing the country's political landscape.

While the Conservatives won the election by a landslide, Labour still won a majority of younger voters. 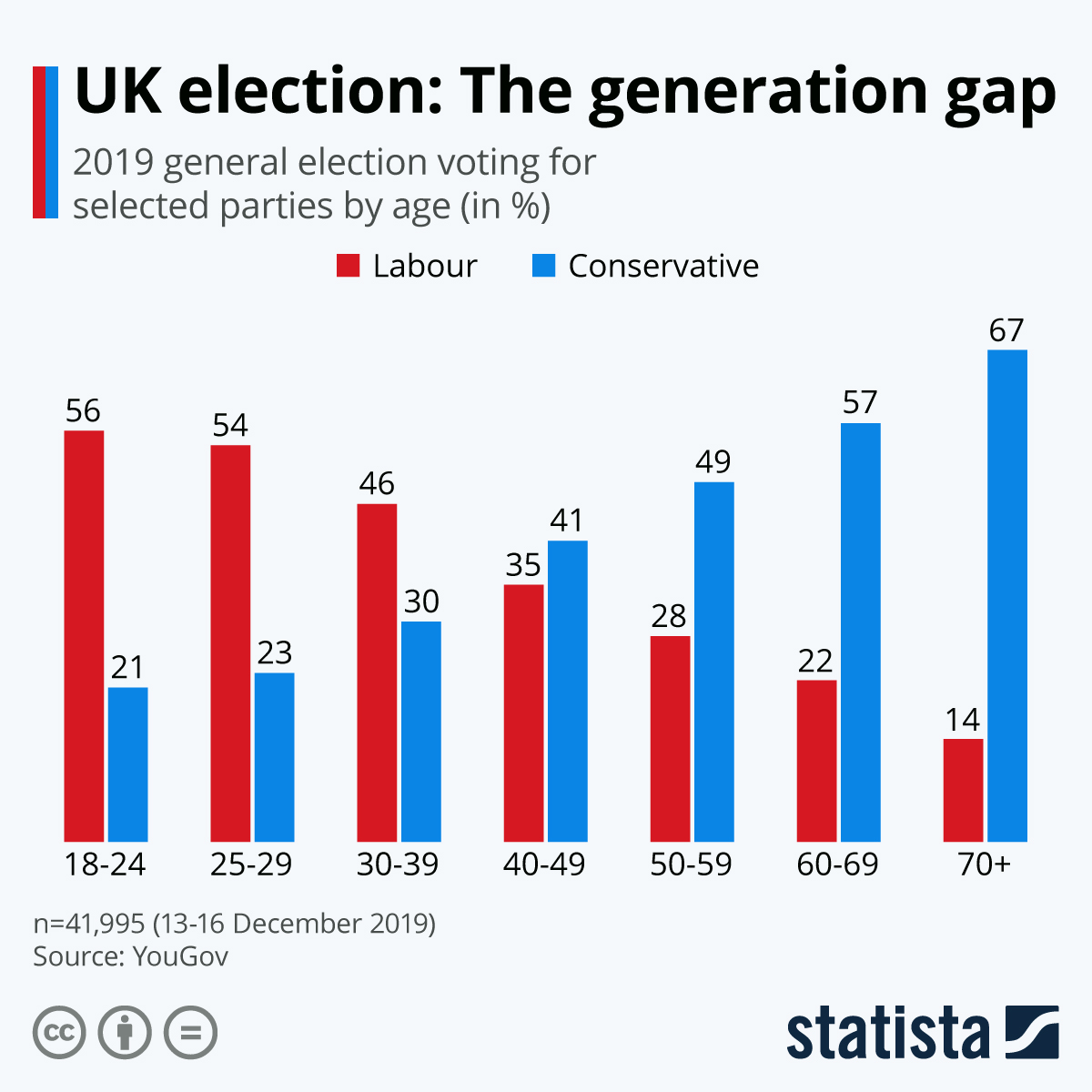 The results were similar in the 25-29 age bracket with 54 percent also going for Labour.

The Conservatives were far more popular with older Britons with 57 percent of people aged 60-69 voting Tory, along with 67 percent of those aged 67 and over.