In a series of tweets, UK-based content subscription service OnlyFans reversed its announcement less than one week after it prohibited users from posting sexually explicit content starting in October due to mounting pressure from banking partners and payment providers.

The company said, "We have secured assurances necessary to support our diverse creator community and have suspended the planned October 1 policy change." This means the site has likely made agreements with banks to pay OnlyFans' content creators, including those who post sexually explicit videos.

"OnlyFans stands for inclusion, and we will continue to provide a home for all creators," the company said.

Thank you to everyone for making your voices heard.

We have secured assurances necessary to support our diverse creator community and have suspended the planned October 1 policy change.

OnlyFans stands for inclusion and we will continue to provide a home for all creators.

In a follow-up tweet, it said: "An official communication to creators will be emailed shortly."

OnlyFans has been ridiculed for abandoning its adult performers who helped attract 130 million users. There are more than two million creators.

Axios reported that OnlyFans also struggled to attract investors due to its reputation for adult content.

Judging by its numbers alone, the company should be a showpiece unicorn, struggling to duck away from the money thrown at it. According to the company’s own projections, which Axios obtained from a pitch deck in March 2021, OnlyFans expected gross merchandise value to grow from $2.2 billion in 2020 to $12.5 billion next year, with net revenue also expected to increase more than five-fold to $2.5 billion by 2022. 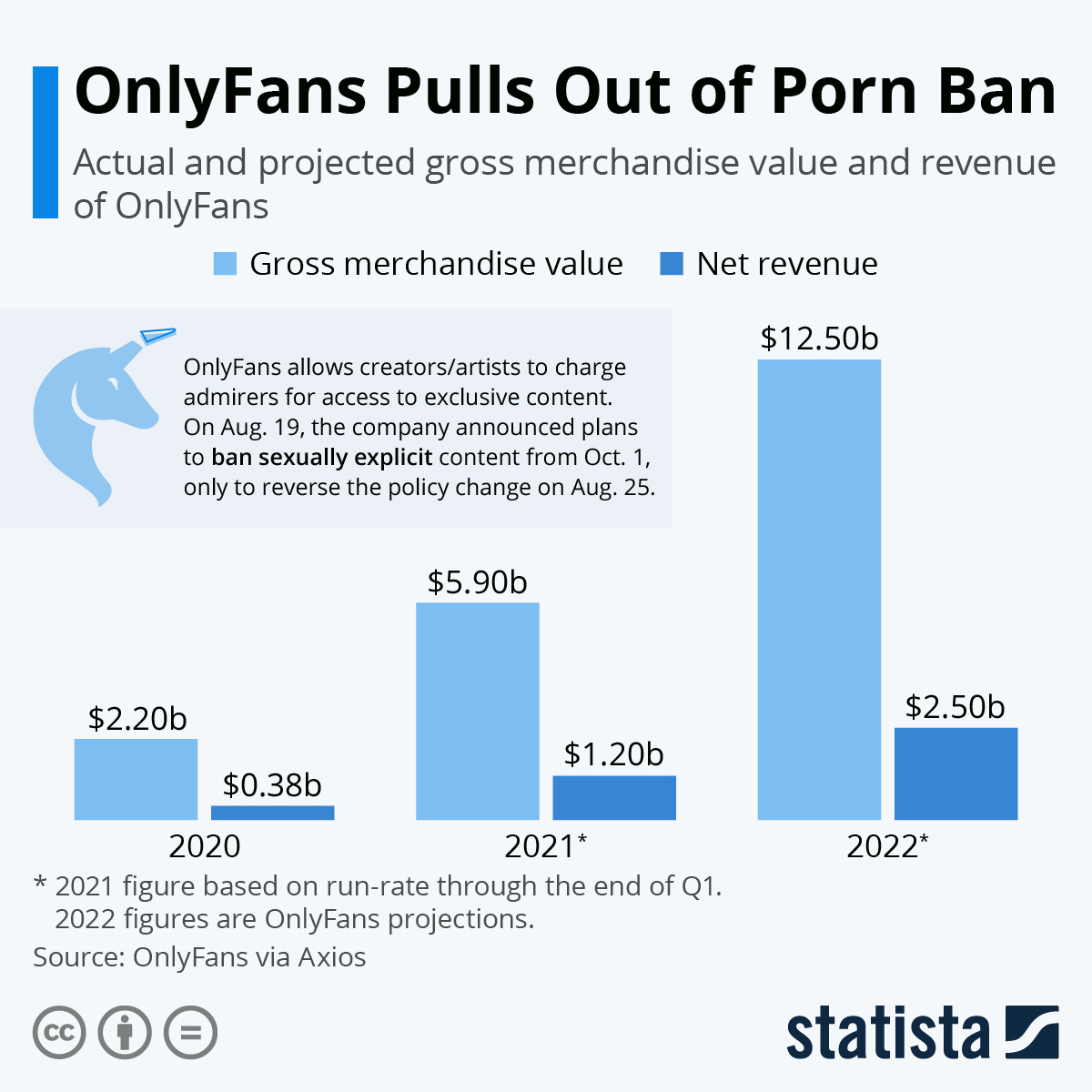 Of course, these projections would have been obsolete if OnlyFans had really enforced the planned policy changes, which is why Wednesday’s reversal doesn’t come as a complete surprise.

As some have suggested, OnlyFans should start its own bank or use cryptocurrency to bypass megabanks who can, at any time, as we just witnessed, can heavily influence a website by removing their payments services for any reason. If Stokely created his own bank or crypto, he would immediately have millions of customers/users and freedom from megabanks.