A quarter of 3-year-olds in the UK have a social media profile.

This is according to a 2021 survey of parents by the UK communications regulator Ofcom. As Statista's Martin Armstrong details below, despite most social media sites setting their recommended minimum age at 13, as much as 80 percent of 12-year-olds have some kind of profile and, as the infographic below illustrates, at no age from 3 onwards are the figures below one quarter of all children included in the survey. 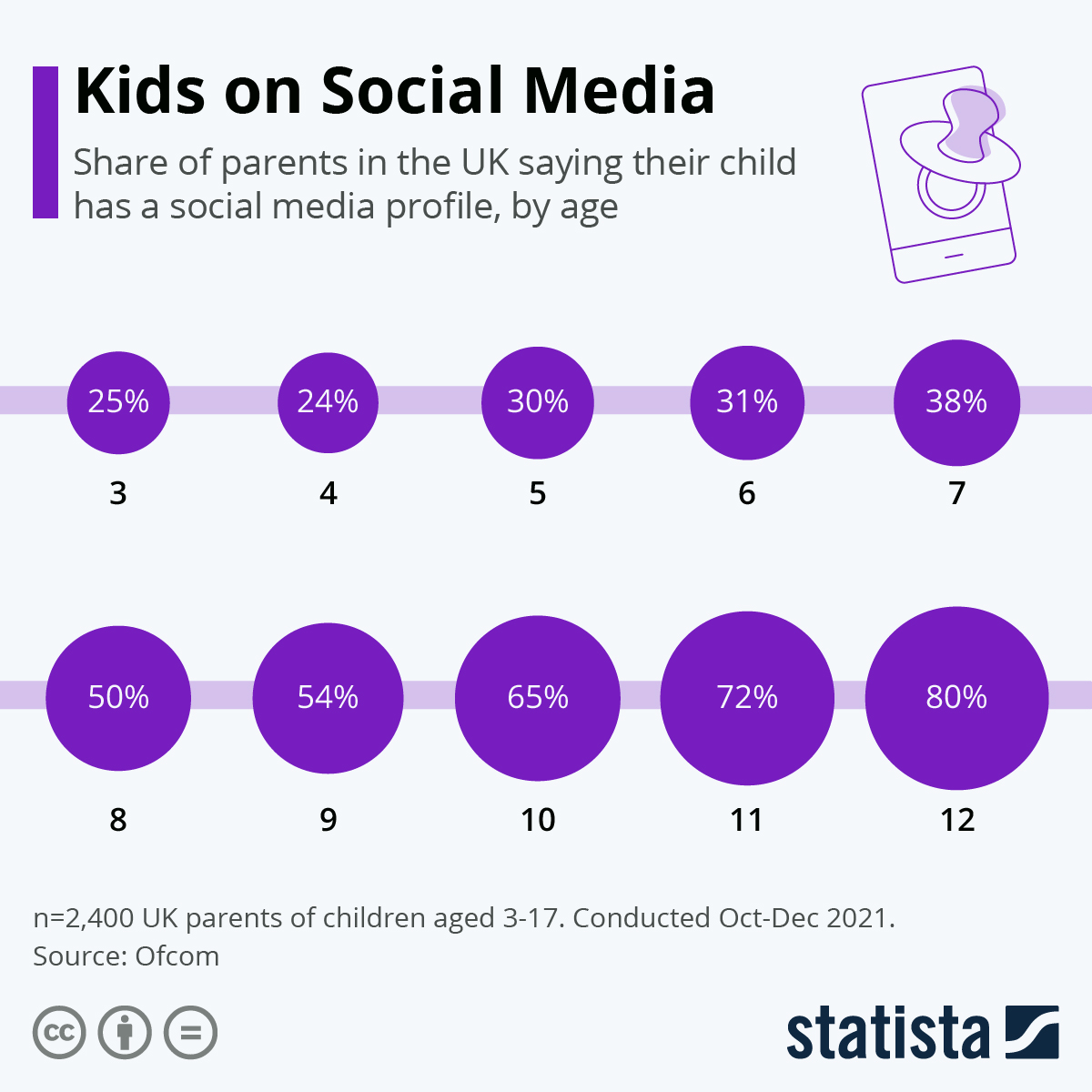 "Children aged 8-11 were more likely to have profiles on TikTok (34 percent) and YouTube (27 percent).

TikTok in particular is growing in popularity, even among the youngest age groups; 16 percent of 3-4 year-olds and 29 percent of 5-7s use the platform."

Overall, of all children aged 3 to 17, YouTube is the most popular service (89 percent use it).

While for some, the video sharing platform may not be considered a traditional form of social media, TikTok certainly is, and attracted 50 percent of UK 3-17-year-olds in 2021.

The research also showed that only a third of parents were aware of the correct minimum age requirement for social media.

On top of that, among those who had a profile that were under the minimum age requirement, "significant minorities" of the younger children claimed to have set up their social media profiles themselves.

As we previously covered, most social media platforms have been found to have a net negative effect on young people's mental health.