Do you think of "Life on Mars?" as not just a song by David Bowie but as a legitimate question? Is "I want to believe" not just another pop culture quote to you but a personal conviction? Then, as Statista's Florian Zandt details below, you're a part of the majority of people in the United States at least.

In a survey conducted by scientists at the transnational Outer Space Institute (OSI) at the University of British Columbia and the Angus Reid Forum USA, 71 percent of respondents claimed they believe in intelligent life in the Milky Way. As the chart shows, the hardline skeptics make up only a fraction of the representative sample surveyed. 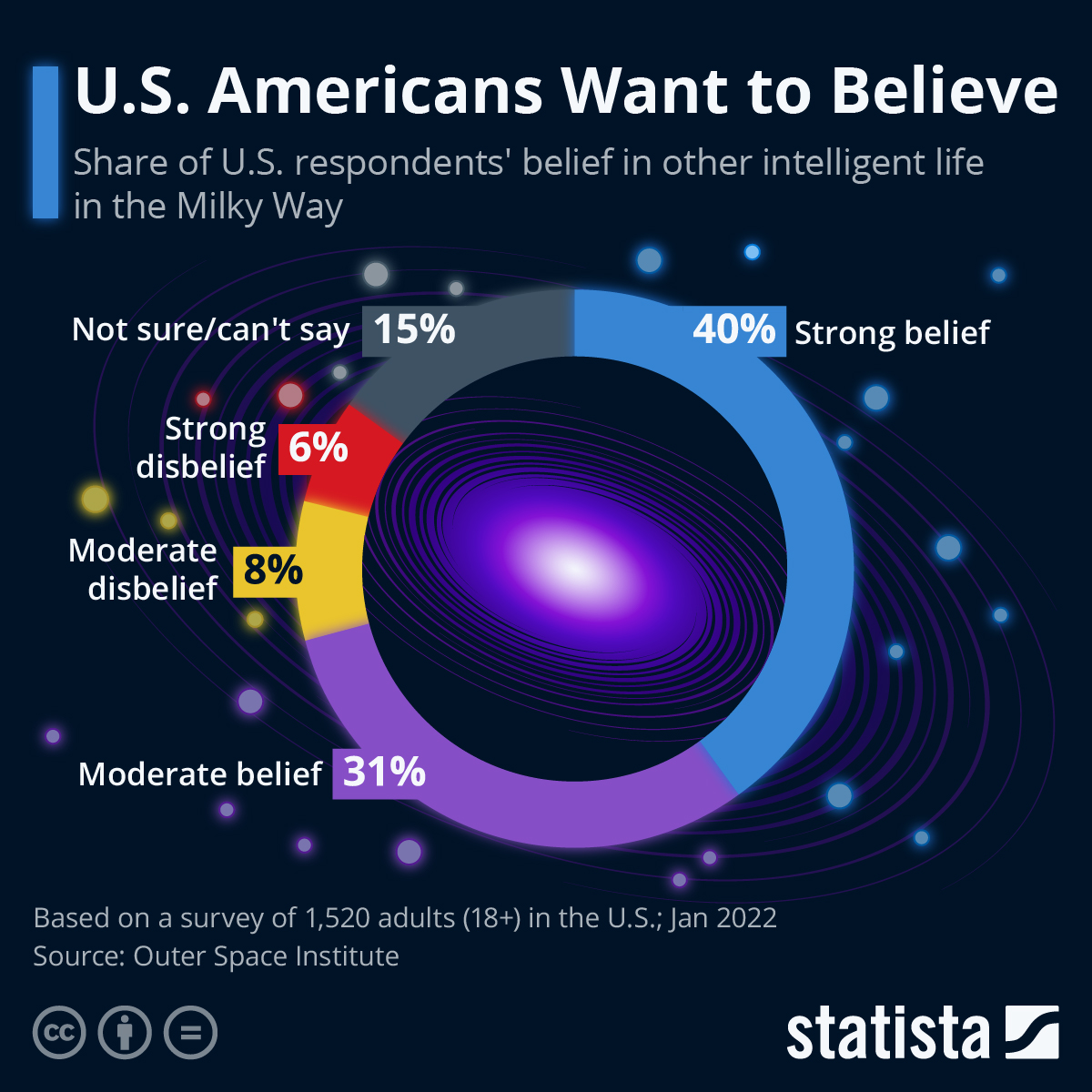 While the OSI's survey mainly revolved around militarization of space, satellite launches and orbital debris, it also included some more colorful questions. For example, 26 percent of respondents thought that current NASA missions were not ambitious enough and that humanity should aim to travel to Mars, while 30 percent saw the Moon as a viable target. Interestingly, 71 percent wouldn't go on a trip to Mars when offered a one-way ticket.

The issue of satellite light pollution and debris in the Earth's orbit has become more pressing in the last couple of years. According to ESA estimates, 30,000 pieces of debris are floating through orbit as of now, and Elon Musk's company SpaceX has been launching more than 1,700 Starlink satellites over the course of two years. In 2022, Starlink satellites alone are likely to surpass the total number of 2,000 satellites in orbit in 2019.