As Statista's Martin Armstrong shows in the infographic below, using data from the United Nations Energy Statistics Pocketbook 2022, the one region of the world where renewables play a truly dominant role in energy consumption is Africa. 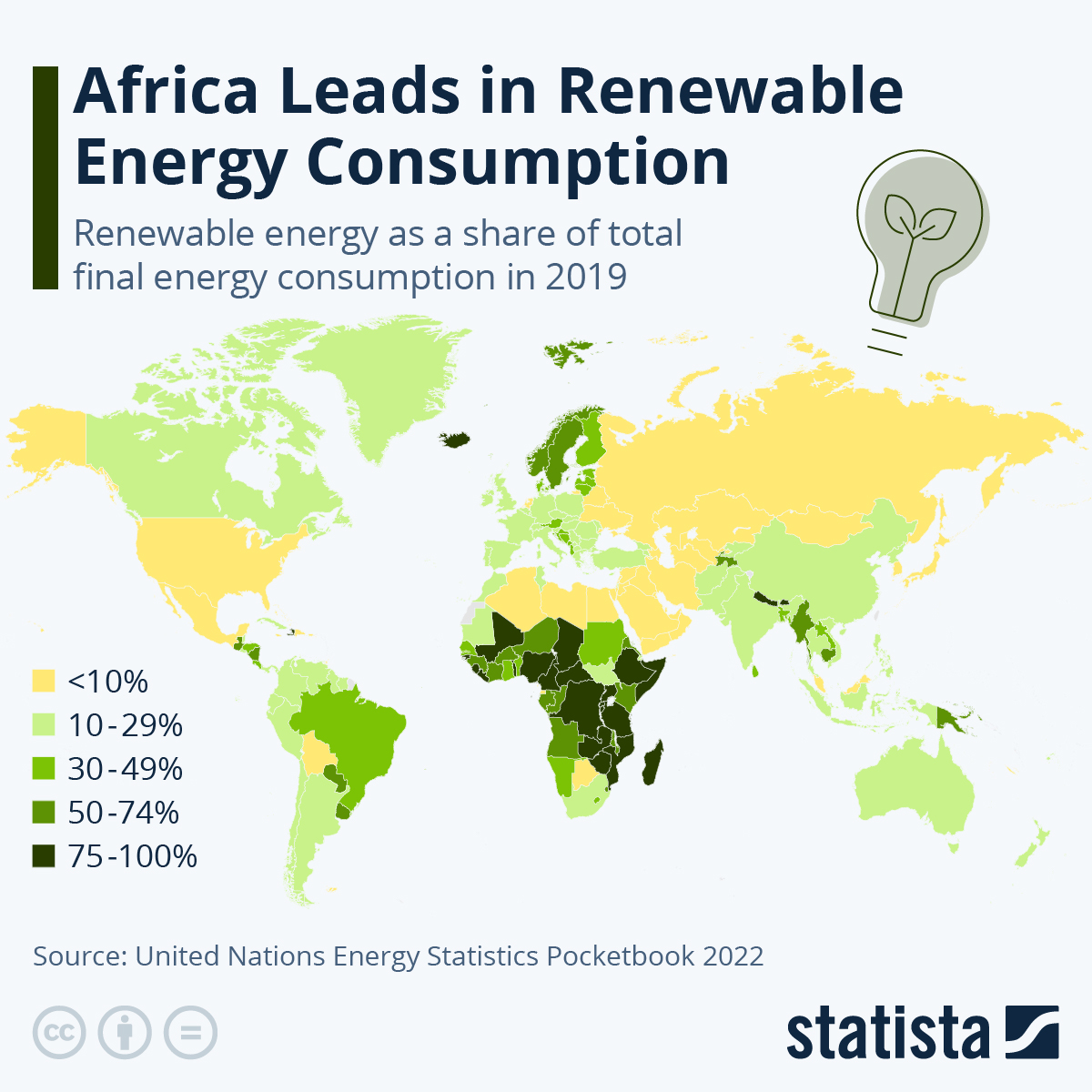 Uganda, Central African Republic, Somalia and Democratic Republic of the Congo were the only countries in the world in 2019 to have renewable energy sources make up 90 percent of total consumption.

The latter even came close to 100 percent, with 96.2 percent. In contrast, advanced economies such as the United States (9.9 percent), Germany (17.2 percent) and Japan (7.9 percent), were still a long way from completing the shift to green energy.

A total of 28 countries are recorded to have had a share of less than one percent over the twelve month period. Among them, Kuwait, Qatar, Saudi Arabia as well as Hong Kong and the city-state Singapore.