Since taking its first steps teaching computers board game strategies in the 1950s, research on artificial intelligence has come a long way.

As Statista's Florian Zandt points out below, in the 21st century in particular, machine learning and its promise for real-time improvements of algorithms through experience and providing access to more data has become the single biggest research focus in the field.

As Zandt shows in the chart below, based on data provided by the OECD.AI project, China is well on its way to surpassing traditional artificial intelligence research powerhouses in the upcoming years.

While the U.S. still leads the world with about 150.000 research papers on AI published in 2021, the People's Republic's output isn't that far off thanks to an astronomical increase over the last two decades. The Eastern Asian country passed the number of AI research papers published in every single one of the 27 EU countries combined in 2008 and as of now sits in second place with roughly 138.000 papers pushed to publication in 2021. Overall, it increased its research output by 3,350 percent over the last two decades. 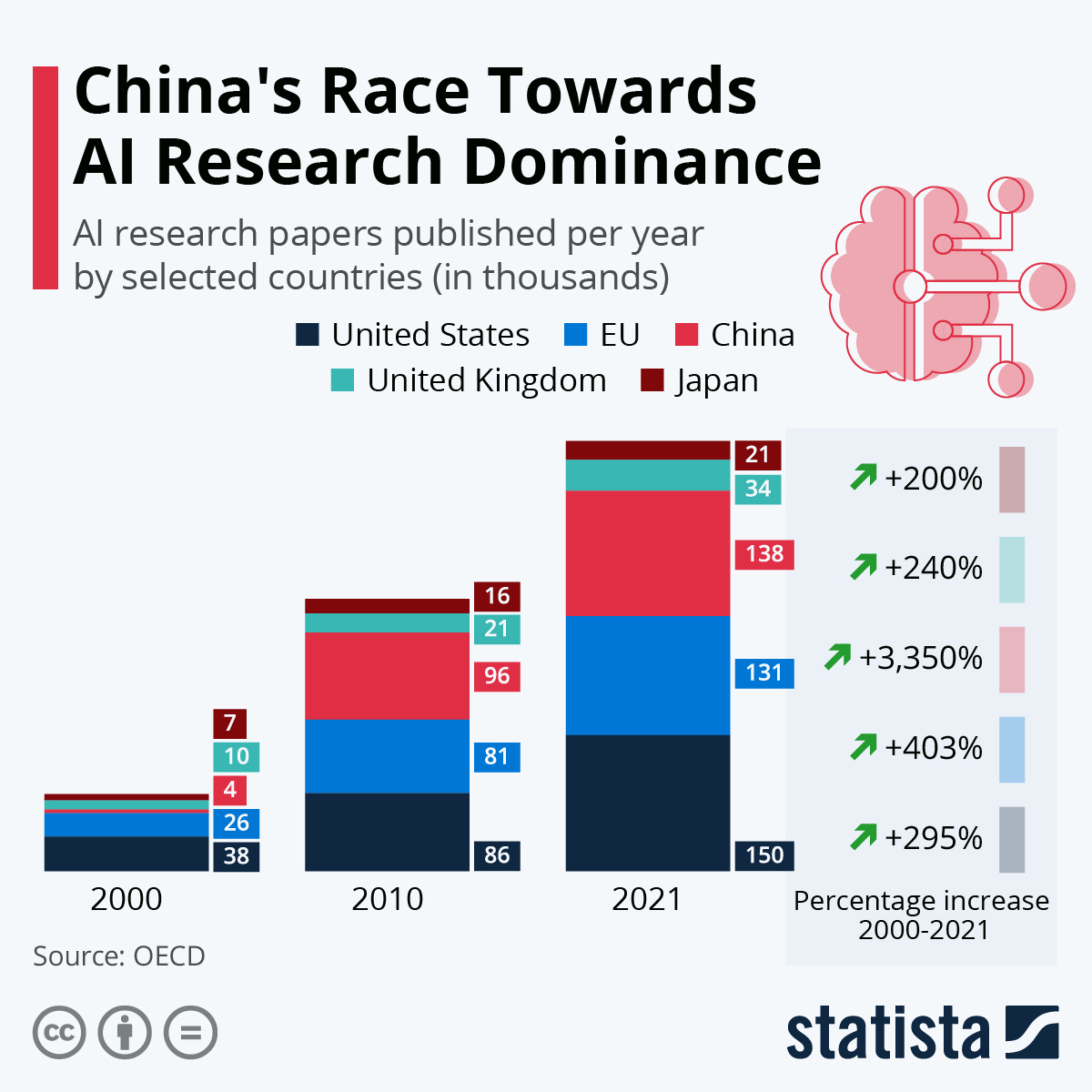 Even though AI research has led to improvements in terms of productivity in almost every sector imaginable, it's not without its downsides if left unchecked.

For example, a Gizmodo investigation published in December 2021 revealed that PredPol, a predictive policing software based on AI, allegedly reproduced bias instead of giving neutral judgments due to the biased nature of the data it was trained on, mostly leaving predominantly white neighborhoods out of its equations.