Since World Asteroid Day (June 30th), fascination is mixing with fear when considering the latest and upcoming asteroid flybys.

As Statista's Katharina Buchholz details below, according to NASA's Center for Near Earth Object Studies, some massive chunks have already passed by a little too close for comfort this year, including the asteroid named 1989 JA on May 27, 2001 CB21 on March 4 and 1994 PC1 on January 18.

As asteroid's diameters are normally labeled as ranges, all of these celestial objects have a maximum possible expanse of more than 1,000 meters (0.6 miles), in the case of 1989 JA almost double that at 1,800 meters (1.1 miles). Because of its size, 1989 JA was already discovered in 1989 - as denoted in its name. In recent years, scientists have been discovering more and more so-called Near Earth Asteroids, including many smaller ones.

Despite being less big, these asteroids could also wreak considerable damage if they collided with Earth. 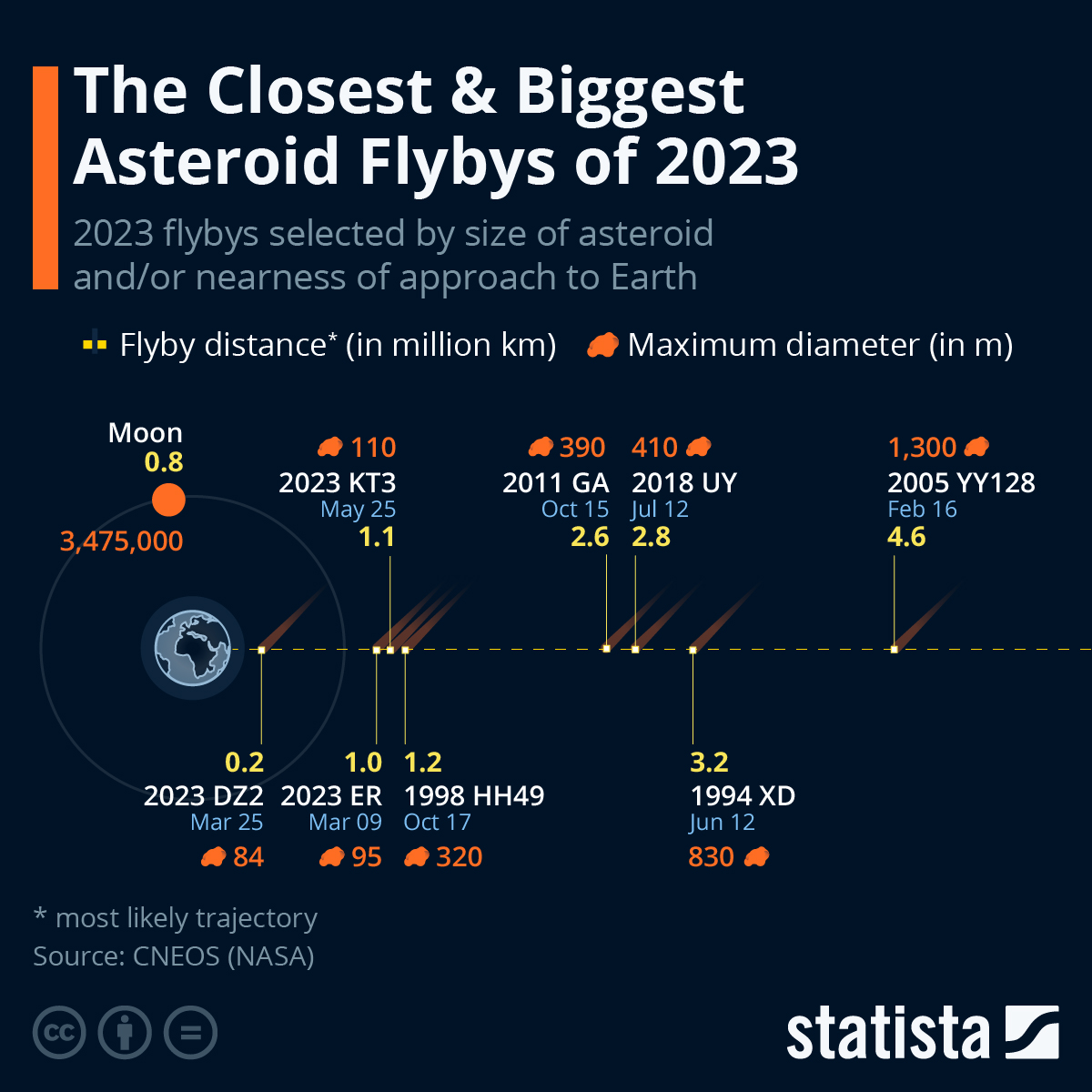 Both objects have a maximum diameter of around 300 meters, around the size of a football field.

All three of the asteroids have been declared Potentially Hazardous Asteroids by NASA.