Able to send and receive email and access the web via its 9.6 kbit/s GSM modem, the Communicator was way ahead of its time. And while no one called it that at the time, it was in fact one of the first smartphones on the market.

It would take roughly another decade and a stroke of genius from Steve Jobs to jumpstart the smartphone market, which really took off after the release of the first iPhone in 2007, which rang in the era of modern touchscreen smartphones.

But, as Statista's Felix Richter notes below, 14 years later, the smartphone boom has died down a bit, as market saturation and a lack of real innovation have led to declining sales for the past few years. And while the market did return to positive growth in Q4 2020 and carried that momentum through the first half of 2021, it remains doubtful if smartphone shipments will ever return to the level reached in 2016. Back then, Apple, Samsung and the like shipped 1,473 million devices, marking the industry’s peak so far. By 2020, shipments had dropped back to 1,292 million units, the lowest total since 2013. 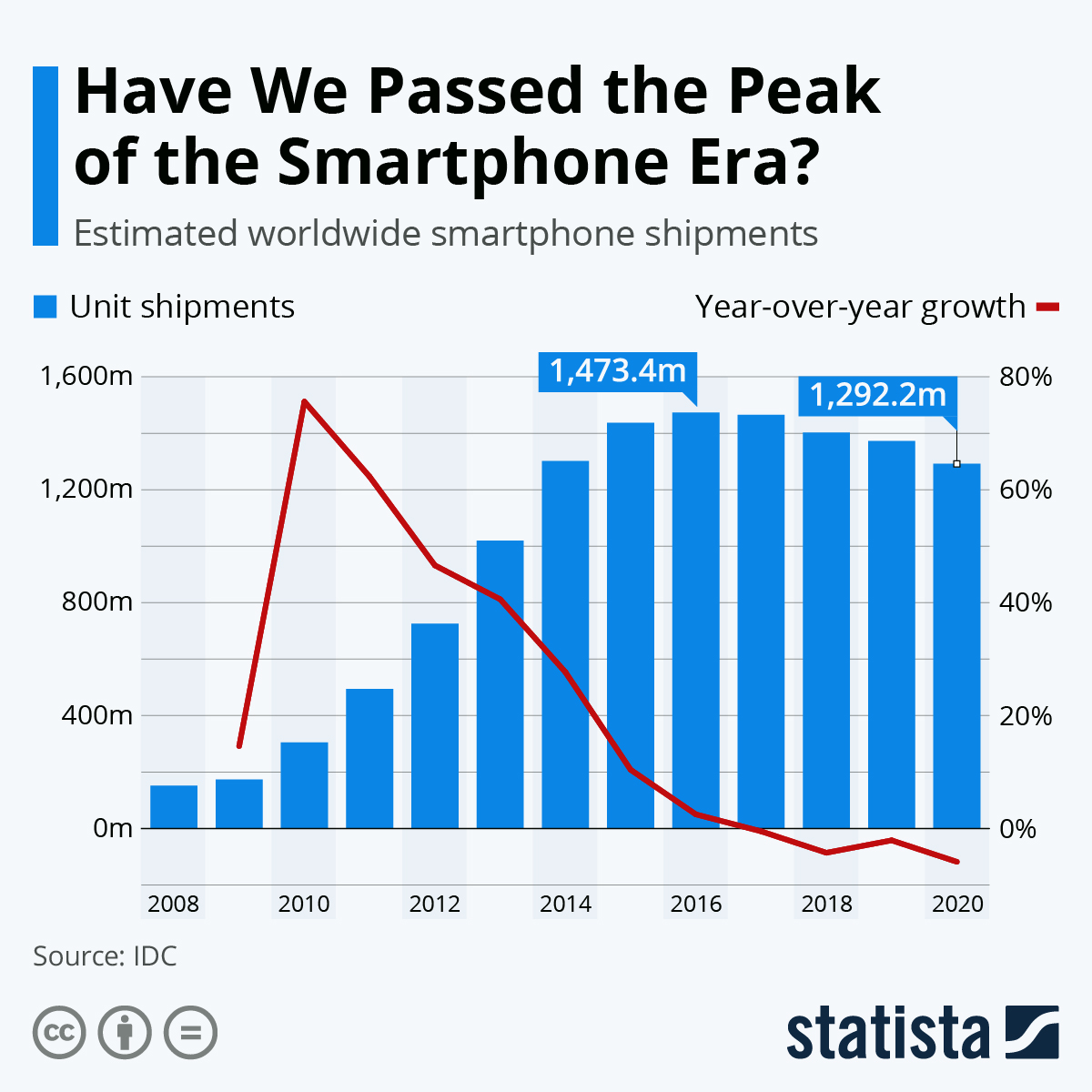 While some experts think that “peak smartphone” is already behind us, market research group IDC remains hopeful for the industry to return to previous heights and even surpass them. In its latest industry forecast, the company expects a major boost from the 5G transition in 2021 and low single-digit growth rates through 2025, when global shipments are expected to pass 1,500 million units.