In June 2020, Japanese supercomputer Fugaku zipped past all competitors to claim the top spot in the twice-annual ranking of the world's most powerful computational machines released by research project Top500.

Fugaku, which was developed by Fujitsu in cooperation with the federal Riken research lab, was able to perform almost three times as many computations per second as former leader of the list, U.S.-based supercomputer Summit.

One and a half years later, the ranking remains mostly unchanged except, as Statista's Katharina Buchholz points out, for the addition of a new U.S.-based supercomputer, Perlmutter, in rank five. The machine located at the University of California Berkeley's NERSC energy research center carries out computation for climate models, material sciences, energy physics and others. 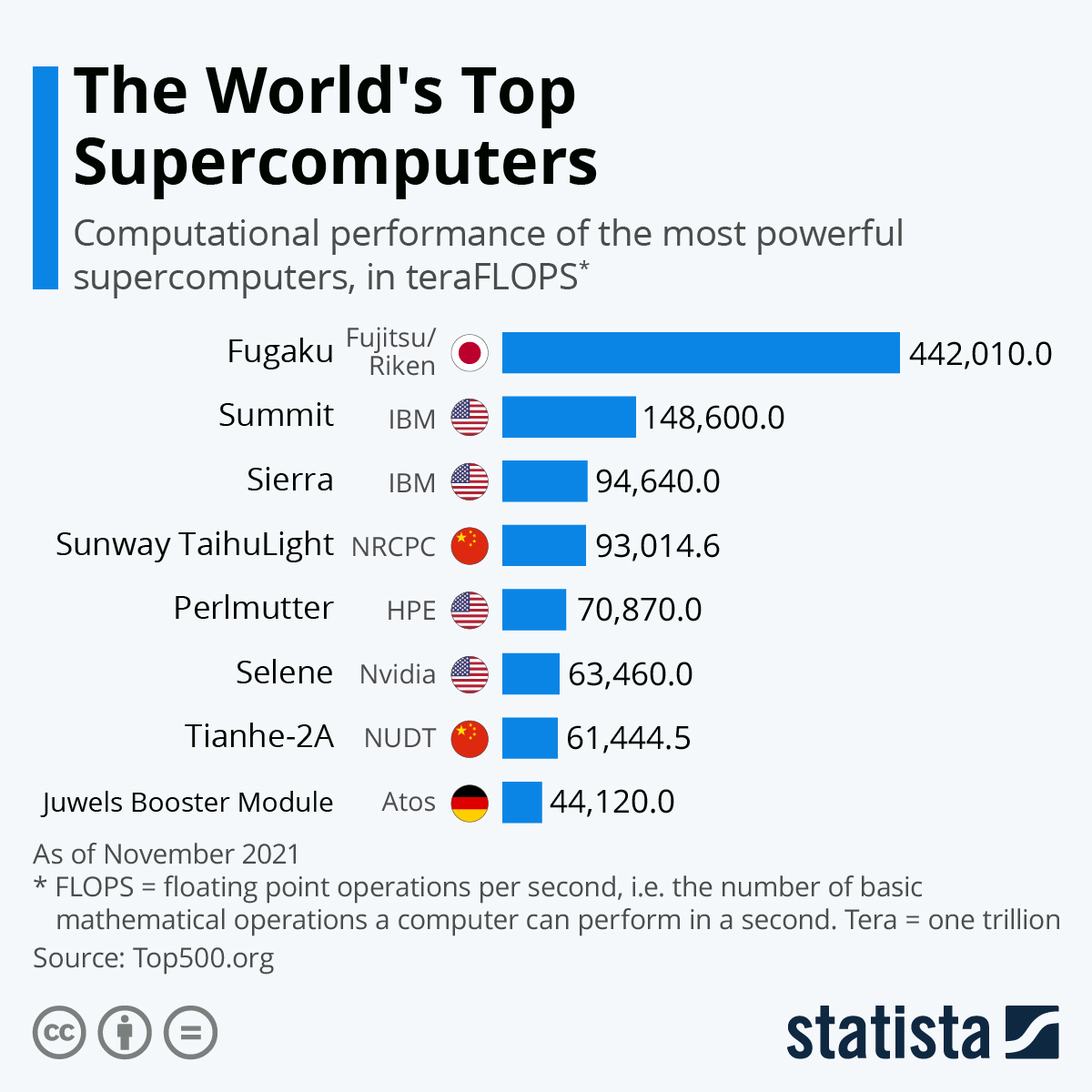 At the time, Fugaku did not only top the ranking in the number of computations per second - so-called TeraFLOPS - but in all four categories that supercomputers are judged on by the project. According to the Riken lab, no other computer had achieved this feat so far. Fugaku had the most cores of all computers ranked, the highest theoretical peak performance for computations and the highest power capacity. In the meantime, the fourth-ranked supercomputer, Chinese Sunway TaihuLight, acquired more cores - 10.6 million compared with Fugaku's 7.6 million.

Supercomputers are used to run complicated simulations that involve a large number of variables. Common uses include economic and climate modeling, neurological research and nuclear science. In the case of Fugaku, the machine's power is also used to research the coronavirus, more specifically to run simulations of how respiratory droplets move through the air in different settings like offices or train carriages.

The list of the top 8 supercomputers in the world includes one Dell, one Nvidia and two IBM machines as well as two Chinese supercomputers run by the Chinese government and German supercomputer Juwels Booster Module owned by IT company Atos.