After prime minister Truss and chancellor Kwarteng's disastrous mini-budget announcement last Friday, followed by intervention from the Bank of England and a rebuke from the IMF, days of radio silence from the Conservative leader were broken with a string of car crash local radio interviews and a dogged defiance to row back on any of her government's latest decisions.

Already behind Labour in the polls since the turn of the year, Statista's Martin Armstrong notes that the Conservatives now suddenly find themselves second to a Labour party enjoying the largest lead recorded in any published poll since the late 90s. 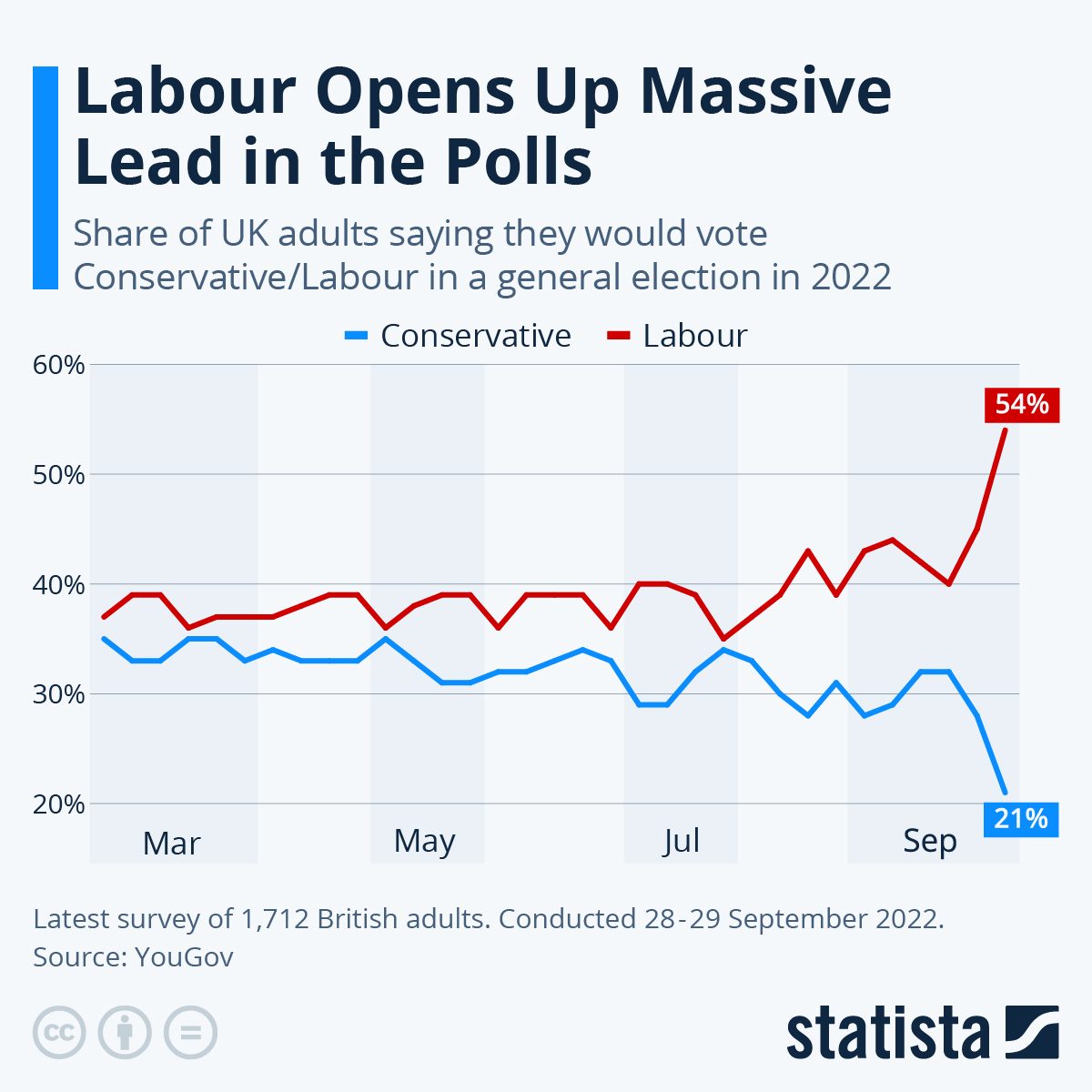 One projection estimates a general election victory on this scale would equate to a loss of 304 seats for the Conservatives, and a Labour gain of 296.