Belief in aliens is growing in the United States, according to surveys by YouGov America.

As Statista's Anna Fleck reports, where just 20 percent of Americans thought that UFOs are probably either an alien ship or alien life form in 1996, the figure has crept up to 34 percent in 2022. 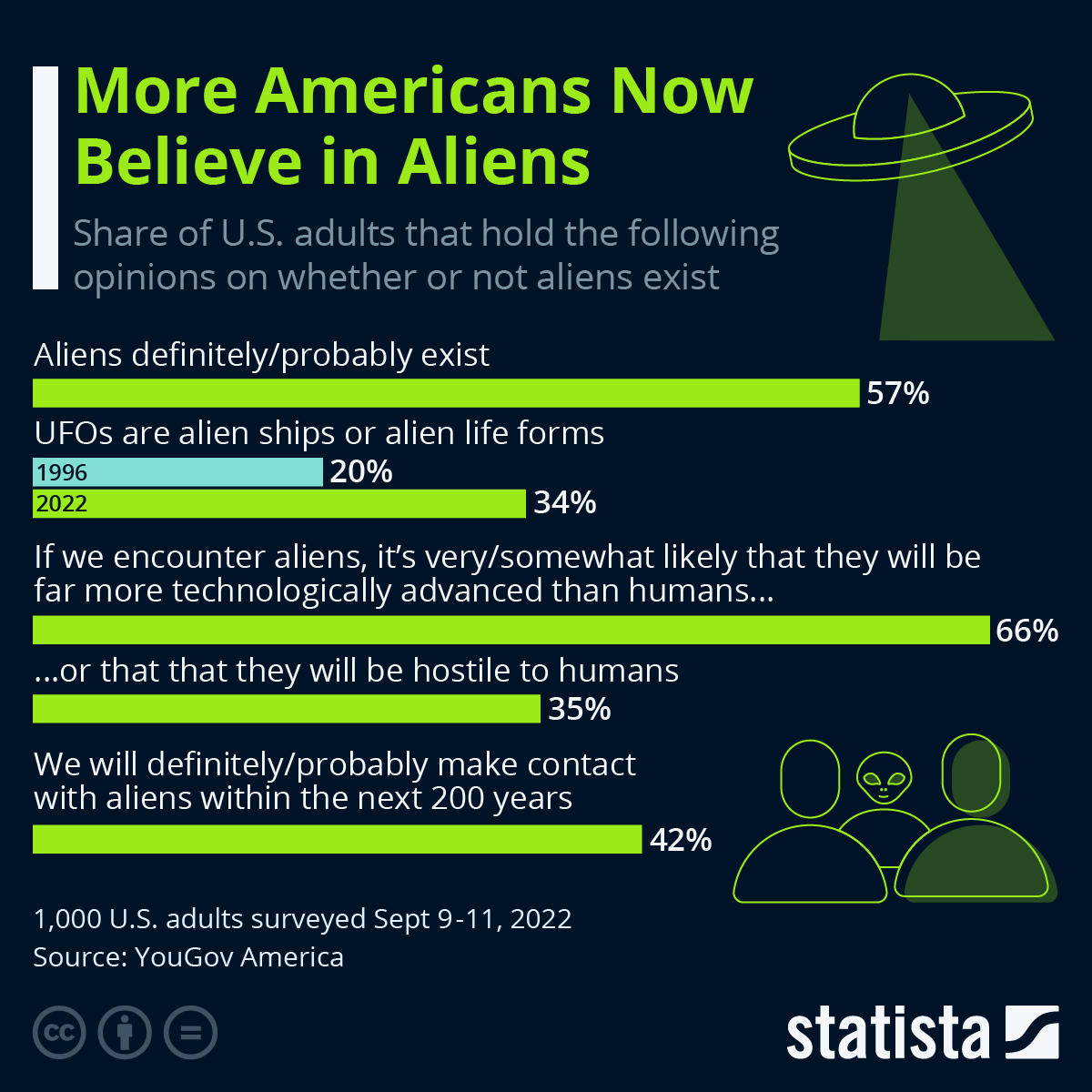 UFOs aside, nearly two thirds of respondents said that it is likely that aliens exist at all.

But what are they like - if they are out there?

According to the poll, most U.S. adults think it’s pretty unlikely that they would resemble the green monsters of sci-fi stories (49 percent). The majority would say, however, that they are likely to be far more technologically advanced than humans, with more than a third of respondents saying they thought aliens would even be hostile towards our species.

The survey also found that of the U.S. adults who said they had seen a UFO, a third of them believe it was an alien.