According to reporting by Bloomberg, the MySpace clone SpaceHey has passed the 200,000 user mark one year after its launch.

Originally envisioned as a hobby project by 18-year-old German web developer Anton Röhm, the site has received praise for its privacy-friendly setup and nostalgia vibes that don't rely on likes and algorithms. As Statista's Florian Zandt shows in the chart below, the social network is still unlikely to come close to MySpace's appeal though – which might be a good thing all things considered. 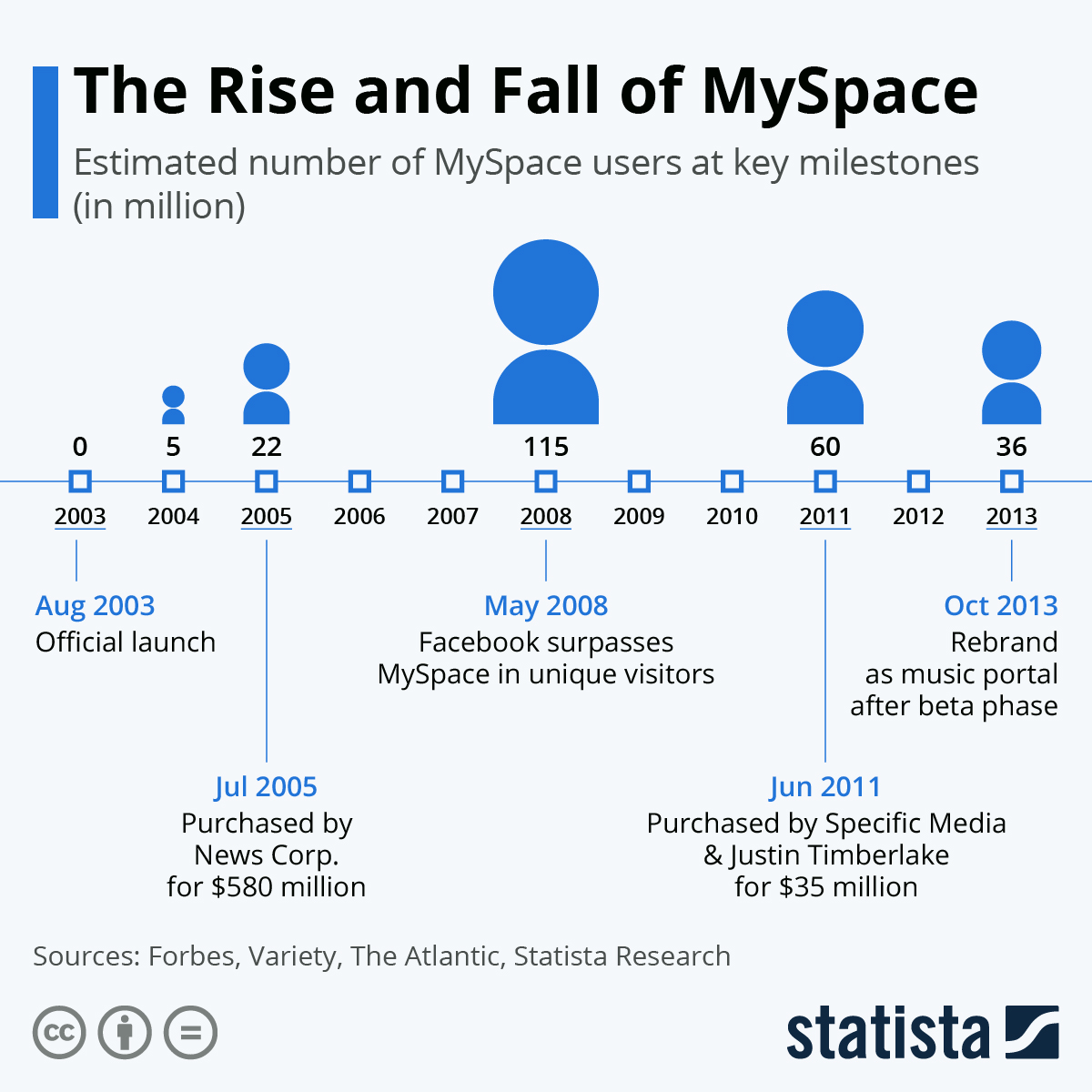 When Rupert Murdoch's News Corp. bought the site for $580 million in July 2005, two years after its launch, all signs pointed towards a bright future for the social media platform. Facebook and YouTube were only slowly gaining ground, Instagram, Twitter or WeChat were nothing more than ideas in their founders' heads, and the site counted 22 million users. In its heyday in 2006 and 2007, it was valued at $12 billion ahead of a potential merger with Yahoo after becoming the most visited website in the U.S. As its biggest competitor Facebook passed MySpace in terms of unique visitors in May of 2008, the site's userbase was already rapidly declining.

By June 2011, estimates put the social network's userbase at roughly 60 million after a month-long exodus of millions of visitors. Mark Zuckerberg's platform, on the other hand, hit 687 million users worldwide around that time. This didn't prevent pop superstar Justin Timberlake and advertisement company Specific Media from scooping up the ailing network for $35 million and promising a music-focused modern rebrand of the site. Its users didn't take kindly to this idea: In October 2013, the new phase of MySpace went live, calling itself a social entertainment destination instead of a social network, while its userbase had dwindled to just 36 million. Over the past couple of years, the once-famous site finalized its descent into obscurity, first being sold off to Time Inc. along with its parent company Viant for an undisclosed amount in 2016, then to the Meredith Corporation in 2018. It last made real headlines in March 2019, losing all user data from launch to 2015 due to a botched server migration.

Surprisingly, the site is still around and is being regularly filled with syndicated editorial content and its parent company seems to have recovered rather successfully: After buying back its shares from the Meredith Corporation at the end of 2019, Viant went public this February and as of November 12 stands at a market cap of $680 million. Still, a revival of the social aspects of MySpace seems unlikely – but at least now there's an alternative for fans of retro social media experiences.