For the first time, streaming platforms surpassed cable as the most popular way to consume shows, live broadcasts, and movies, according to new data from Nielsen.

It was only a matter of time before streaming platforms, led by Netflix, would dominate how Americans watch television. In July, Nielsen revealed US households that streamed content accounted for 34.8% share of total consumption versus 34.4% for cable.

Netflix continues to be the most used streaming platform, accounting for 7.7% of the total share of consumption in the month. YouTube, Amazon Prime Video, and Disney+ increased their share last month to 7.3%, 3%, and 1.8%, respectively. HBO Max was around 1%.

Streaming usage has surged over the years and was supercharged during the virus pandemic lockdowns, though Netflix earlier this year disclosed in a first-quarter earnings report that years of blowout subscriber beats have ended with the first subscriber loss for a quarter since 2011. In the second quarter, the streaming giant reported another loss of subscribers.

Also, consumers are grappling with price hikes across many streaming platforms. Netflix and Disney have raised their prices this year, leaving consumers with tough choices. 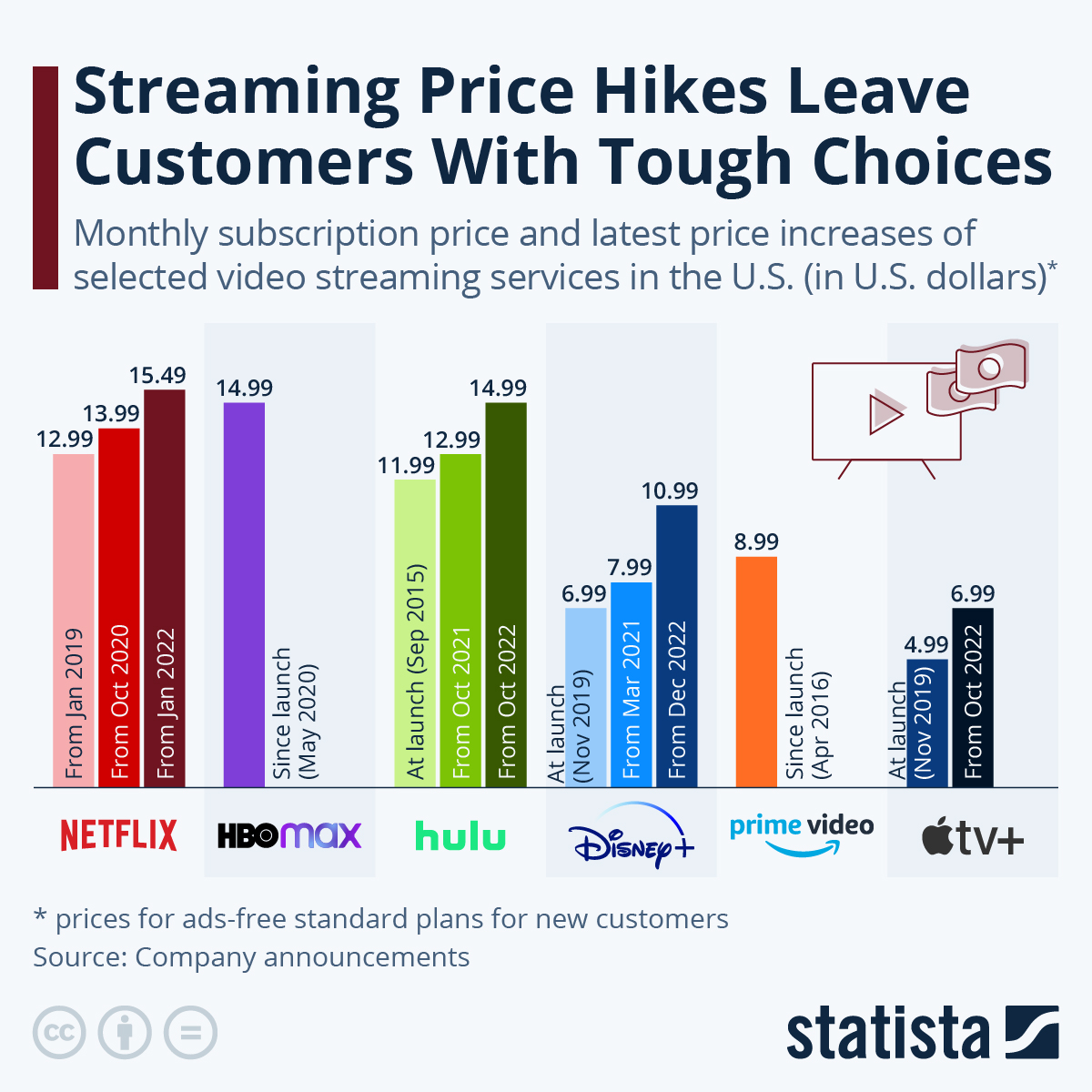 Nielsen reported earlier this year almost 60% of Americans using streaming devices have three or more video subscriptions, and with mounting inflation and negative real wage growth -- some consumers are cutting back on the most expensive packages.