According to the cable.co.uk broadband speed league 2022, Taiwan is on top of the world when it comes to fast internet, with an average download speed of 135.88 Mbps - 13.55 more than second-placed Japan.

As Statista's Martin Armstrong details below, Asia features prominently at the top end of the rankings, with Singapore and Hong Kong also recording mean speeds of 100 Mbps+. 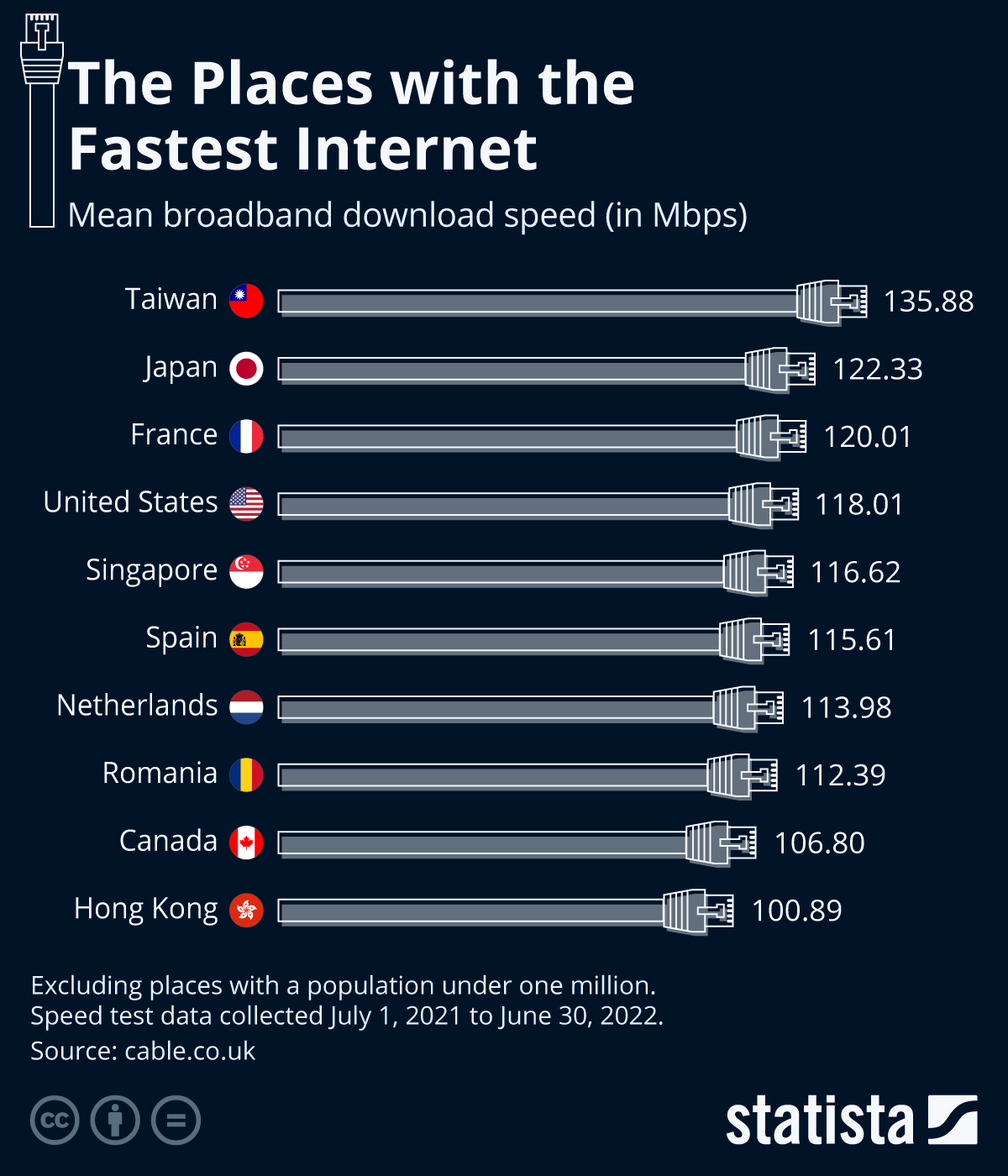 For this infographic, we excluded places with populations of less than one million.

When including all of the measured locations, Macao on the south coast of China has the fasted broadband on average, with a whopping 262.74 Mbps. In second place would be the small island of Jersey, located in the English Channel, with 256.59 Mbps.