Private space travel is taking off, with around $265 billion having been invested in space startups since 2014.

According to Space Capital, almost half of this sum went to companies in the U.S., while another 30 percent was invested in Chinese firms. 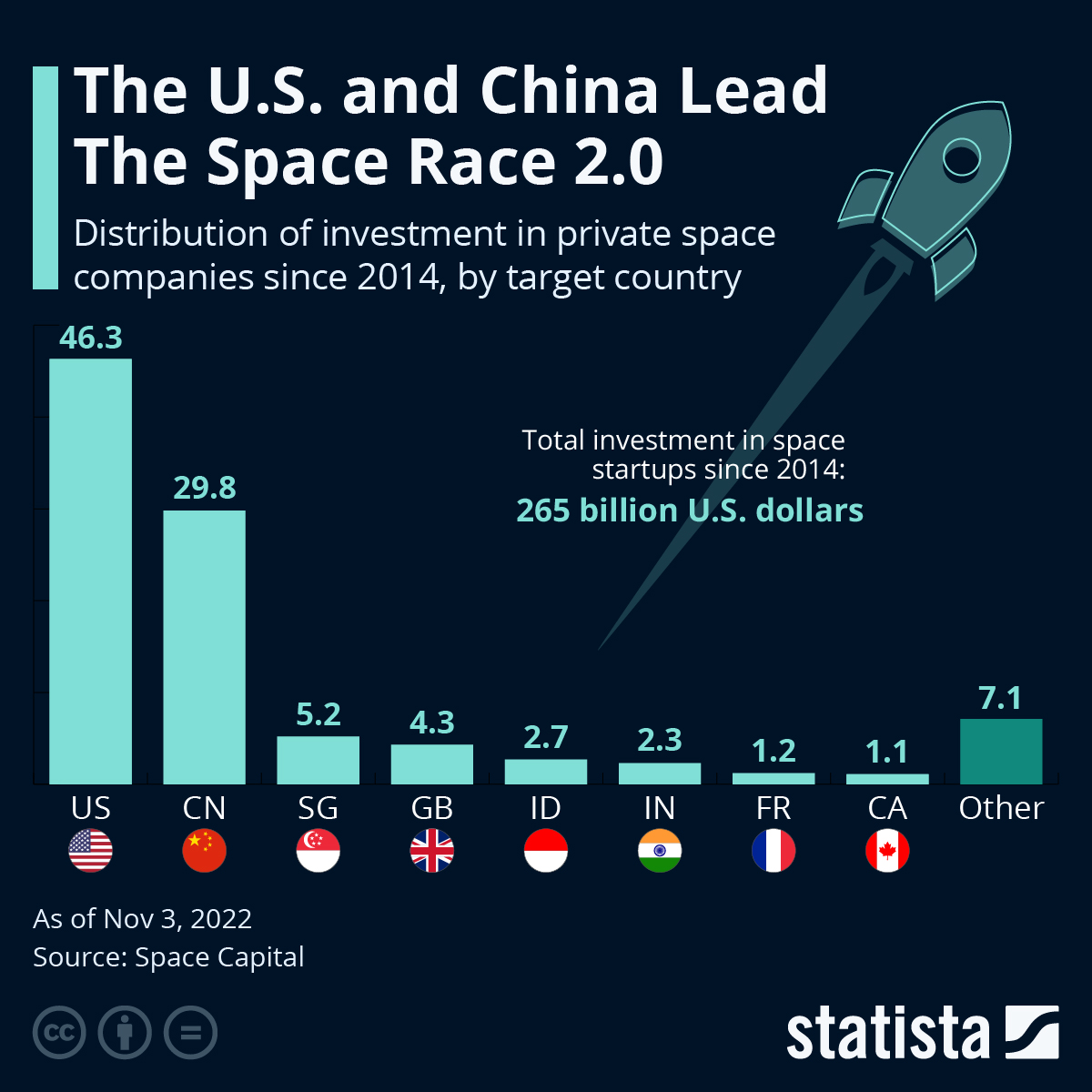 Space 2.0 marks a new wave of space travel. As Statista's Anna Fleck details below, the boom is primarily being shaped by private companies, including an increasing number of start-ups, which are combining the latest tech innovations with new business models.

In the past, space travel was financed almost exclusively by the state and operated by a few established companies such as Boeing, Airbus or Lockheed Martin and Northrop Grumman, among others.

Founded in 2002 by Tesla founder Elon Musk, SpaceX is currently the leading company in terms of number of spacecraft launches. The company is known for a number of projects, including providing supply flights to the International Space Station (ISS), with its first manned flight having docked there at the end of May 2020. SpaceX is also the pioneer of Starlink satellites, which are low orbit satellites intended to provide broadband internet to communities with little or no connectivity. As of August 2022, around 2,800 of SpaceX’s Starlink satellites orbited the earth. This is set to rise to 12,000 in the coming years.