Perhaps not entirely surprising to many, according to the 2021 Freedom House Freedom on the Net index, China was the country with the most controlled internet out of 70 nations assessed, scoring only 10 out of 100 possible index points.

As Statista's Katharina Buchholz details below, some of the other least free countries on the internet are restrictive regimes like Iran, Myanmar and Cuba. 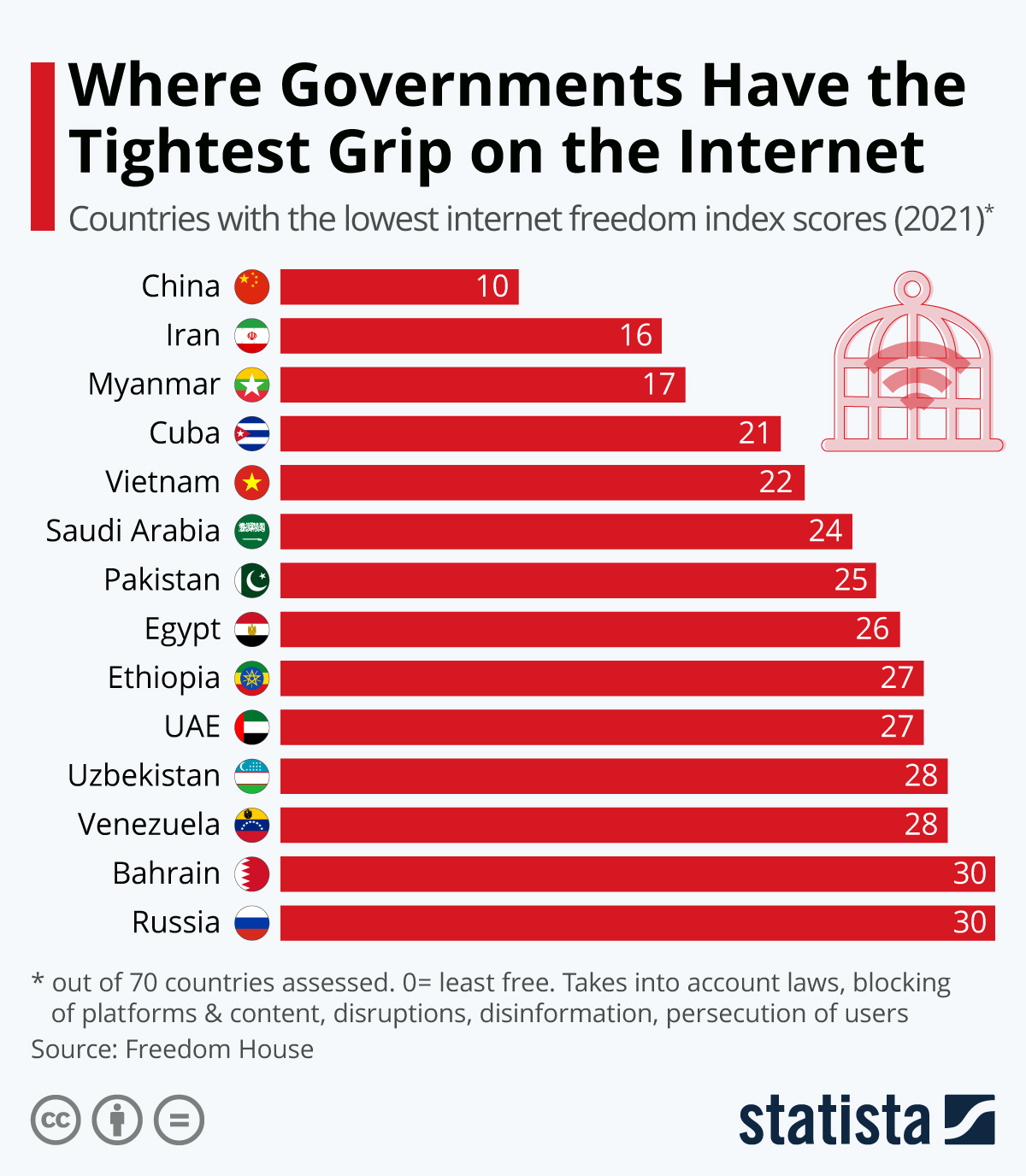 Vietnam in rank 5 has also been taking cues from its close ally China, which asserts internet control via the so-called Great Firewall, a collection of gateways that controls all internet traffic going in and out of the country, enabling the Chinese government to filter it. Iran and North Korea also employ this method.

The idea has become popular among Southeast Asian nations, with Cambodia and Thailand recently mulling the introduction of this draconian measure of internet control.

Russia came in a shared 11th place out of the 70 countries in the ranking. The report states that the blocking of content and platforms, disinformation campaigns, cyber attacks and persecution of users as well as a tightening of some cyber laws were happening in the country.