More companies are cancelling their Facebook advertising campaigns amid the #StopHateForProfit boycott, a movement aiming to hold social media and tech companies like Facebook accountable for hate speech and online harassment on their platforms.

However, as Statista's Willem Roper notes, while large companies like Target, Microsoft, Starbucks and others are removing ads from Facebook, revenue data for the social media giant shows just how little it affects the company’s overall advertising profits. 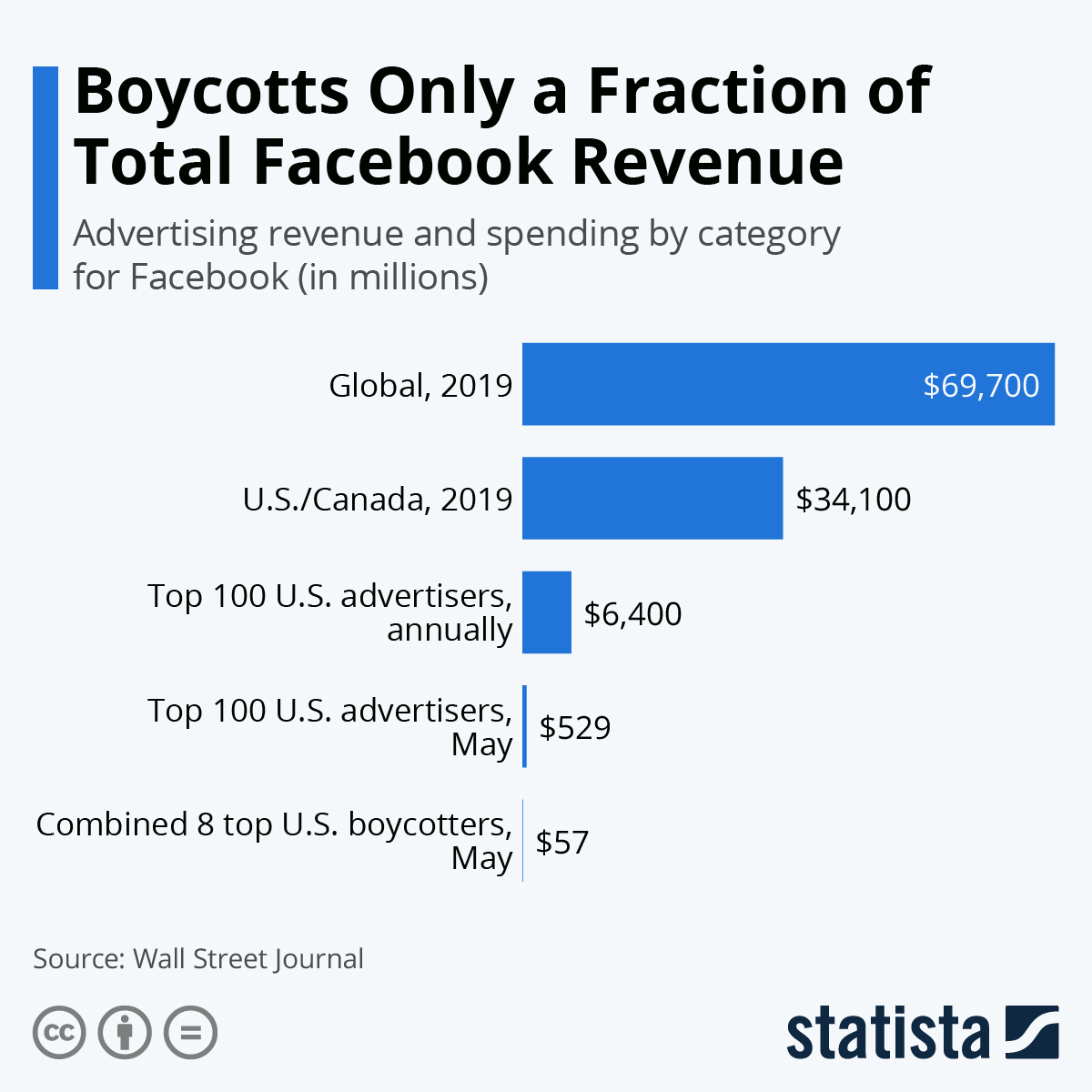 According to the Wall Street Journal, the top eight boycotting companies by spending made up just $57 million of Facebook’s advertising revenue in May. Microsoft, the largest, spent roughly $10.4 million, and Starbucks was right behind with around $8.1 million. Those top eight were just over 10 percent of what the top 100 U.S. advertisers spent on Facebook for the month. Compare those numbers to $34 billion – what Facebook made from just U.S. and Canada companies in 2019. Globally, Facebook made nearly $70 billion in 2019 from advertising revenue alone.

While large companies boycotting Facebook attract news headlines, these numbers show that they have very little impact on the company’s overall advertising revenue.

The Wall Street Journal also showed how 76 percent of Facebook’s total $69 billion in global advertising revenue is from small to medium-sized companies, with just 24 percent from larger corporations and companies.